Marty Chilberg is a seasoned financial professional with over 30 years of C-Suite, board, consulting and advisory experience. He began his career as a certified public accountant (CPA). He moved to Silicon Valley in 1981 to begin his career in the software industry, working for Atari, Daisy Systems, Symantec and Visio. He took Symantec and Visio through their initial public offerings as their Chief Accounting Officer and Chief Financial Officer, respectively. The past ten years have been focused on emerging macro investing themes including Cloud and Genomic Medicines.

G&A almost tripled from $23m to $65m primarily from hiring including SBC and consulting.

G&A spending increase in C17 was almost $30m (43%). Most of this increase was employee related spending. 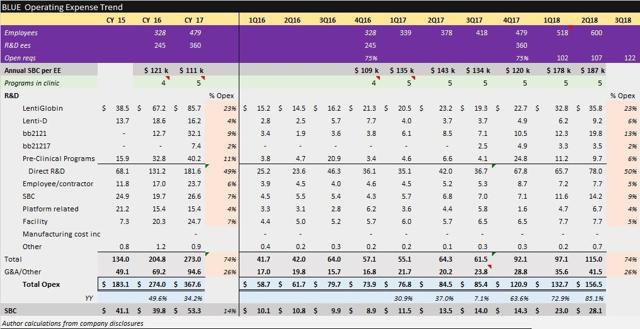