Pawel Kosinski, PhD MEng, is a professor in process technology at University of Bergen in Norway. His research interests involve mathematical modelling of various physical phenomena and this experience he uses for researching financial markets. Pawel Kosinski is the main founder of LookIntoTrade! Website.

The double bottom is a well-known chart pattern, relatively easy to identify and it occurs often.

A question that arises is how “nice” the double bottom is supposed to be, that is, does the vertical distance between the bottoms have something to say?  This is illustrated in Figure 1: we can see a daily price of Praxair Inc (ticker: PX), where two bottoms have formed. 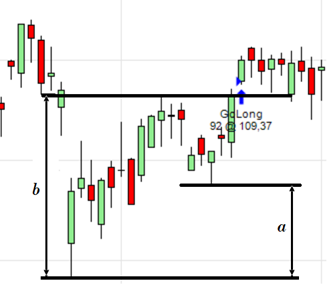 Figure 1: Daily price of PX where two bottoms occurred (the figure was made using NinjaTrader software)

In the figure we use parameter a to measure the distance between the two bottoms. In this example the distance is relatively large, at least if compared to the total size of the pattern (denoted by b). Here we can wonder whether what we observe is really a double bottom. Most traders would say that this is not since the two 'ælows'' must occur at the same level. Nevertheless, e.g. Bulkowski [1] indicates in his book that some distance a is allowed, especially for cheaper stocks that are more volatile.

This we can compare to another example: a daily price of Express Scripts Holding (ticker: ESRX), see Figure 2. This time the pattern is much ''nicer'', since the vertical distance between the bottoms is much lower. 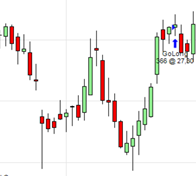 Figure 1: Double bottom in ESRX (the figure was made using NinjaTrader software)

In order to investigate which structure is ''better'', I used a computer code (also mentioned in [1]) that recognizes double bottoms in daily price charts. There are some arbitrary constraints that I introduced into the algorithm: (i) the top between the bottoms should occur more than five trading days ago; (ii) the total height of the pattern must be at least 5% of the stock price; (iii) the double bottom cannot occupy more than past 90 days.

In the following, I show results of backtesting for different values of a/b. Table 1 shows ranges of this parameter that I selected. I decided to look into stocks from the S&P 500 index in the period 1 January 2001 - 31 December 2016.

Table 1: Ranges of parameter a/b studied in this article

The entry and exit signals are the same as in my previous article [2]. I assume that a trader purchases shares for 10 000 USD. The final results are collected in Table 2.

Table 2: Results of backtesting for entries between 1 January 2001 – 31 December 2016 (exits may occur after the last day of this period)

It is interesting to note that in all the cases the results are generally positive and lead to a similar performance. The percentage of profitable trades is always above 60%, and the win/loss ratio is generally similar, even though it increases somewhat with a/b.

Higher a/b also leads to higher returns per trade, but please note that the average time in the market is also longer and therefore it can be misleading to state that such trades are ''better''.

The maximum drawdown is the most promising for the lowest value of a/b. Again: this can be associated with the shortest average time in market. As a result, there is a lower probability that your stock suddenly decreases in price so that such trades are less risky.

Coming back to Bulkowski [1] and his statement that the vertical distance a is allowed in cheaper (i.e. more volatile) stocks: I did the backtesting once again, this time for stocks whose prices was less than 20 USD. The results are shown in Table 3.

Table 3: Results of backtesting for entries between 1 January 2001 – 31 December 2016 (exits may occur after the last day of this period). Stock price is less than 20 USD.

For a/b < 0.1, i.e. for the ''standard/nice'' double bottom, the lower price does not seem to influence the performance. All the parameters are similar to these obtained previously. The average trade is actually higher but, as before, this may be due to the longer average time in market. Nevertheless, when the ratio a/b increased, the profit factor, the maximum drawdown and the percentage of the profitable trades improved significantly. This supports Bulkowski’s statement. The win/loss ratio became lower, but still decent.

The general conclusion is that we should feel rather safe to trade any kinds of double bottoms that we identify. The ''standard'' double bottoms however, may result in ''faster'' and ''safer'' trades.

Pawel Kosinski, PhD MEng, is a professor in process technology at University of Bergen in Norway. His research interests involve mathematical modelling of various physical phenomena and he uses this experience also for researching financial markets. Pawel Kosinski is the main founder of www.lookintotrade.com that publishes some other backtested ideas.