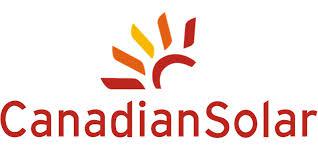 a manufacturer of solar cells and other solar related products, experienced a turbulent 2015 with stock prices ranging from $16 to $39. 2016 starts no less turbulent as Canadian Solar lost 20% of its value over the past 5 days. It is not just Canadian Solar that experiences a downfall in stock price, but rather it's the whole solar power industry that tumbles. One of the two major reasons is the current oil crash. When oil becomes cheaper, the solar industry loses its competitive edge since there is less incentive to innovate for financial reasons. Consequently, people will generally postpone solar power related acquisitions. The other reason is fear of China. Slowdown in the Chinese economy, which is the largest buyer of solar related goods, may cause a fall in demand of solar cells and could put profit margins under pressure.

Yet, the fundamentals remain strong for Canadian Solar. Net income and earnings per share have increased outstandingly over the recent years and with a Price/Earnings ratio of 4.97 the stock price is very attractive at the moment. It seems that due to the current downfall in stock price, the market has already accounted for worse sales in quarter one, but the correction may have been too strong as sales in markets as US and Saudi-Arabia are gaining momentum. Moreover, fear of China could be exaggerated, because the need to reduce pollution in China will remain. Besides, the Chinese government has always been stimulating their economy and will likely try to turn the tide by stimulating even further. This is another reason why solar cell demand does not necessarily have too fall as much as the market anticipates.

United States regulation could further boost Canadian Solar performance, as the US extended subsidies on solar projects to 2017. Moreover, industry experts expect the US market for solar products to triple from 2015 to 2020.

In conclusion, the current oil price crash that caused solar stocks to plummet creates a great entry moment for the solar market. Furthermore, looking at fundamentals of Canadian Solar, this firm looks like a raw pearl within this industry. Strong buy for the long term.