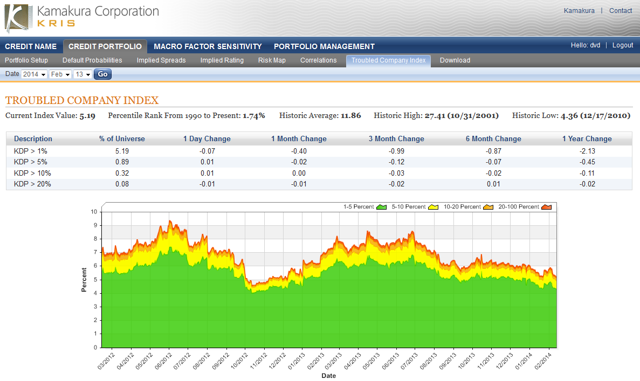 Kamakura Corporation reported today that its troubled company index was down 0.07% to 5.19%. At this level, the index is at the 98th percentile of corporate credit conditions over the period from 1990 to the present. The all-time low in the index, the 100th percentile, was 4.36%, recorded in December 2010.