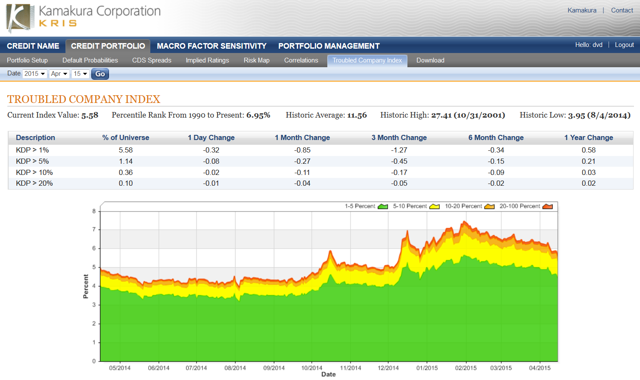 Kamakura Corporation reported today that its troubled company index was down 0.32% to 5.56%. At this level, the index is at the 93rd percentile of corporate credit conditions over the period from 1990 to the present. The record low in the index, the 100th percentile, was 3.95% set on August 4, 2014.