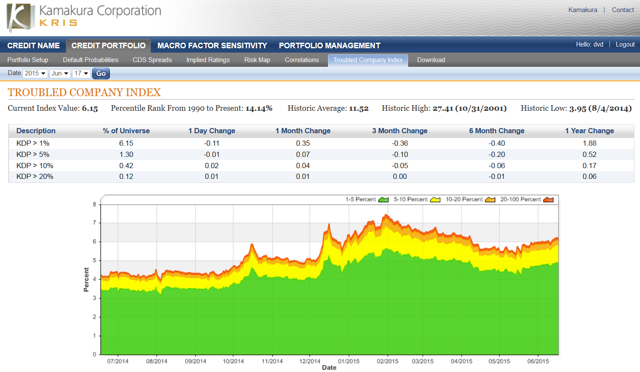 Kamakura Corporation reported today that its troubled company index was down 0.11% to 6.15%. At this level, the index is at the 86th percentile of corporate credit conditions over the period from 1990 to the present. The record low in the index, the 100th percentile, was 3.95% set on August 4, 2014.

For the most recent ranking of the best bond trades in the U.S. market, ranked by the ratio of credit spread to default probability, see this premium post. The best value ranking measures the bond risk and return for all heavily traded bonds, including the firms at the top of the troubled company ranking.