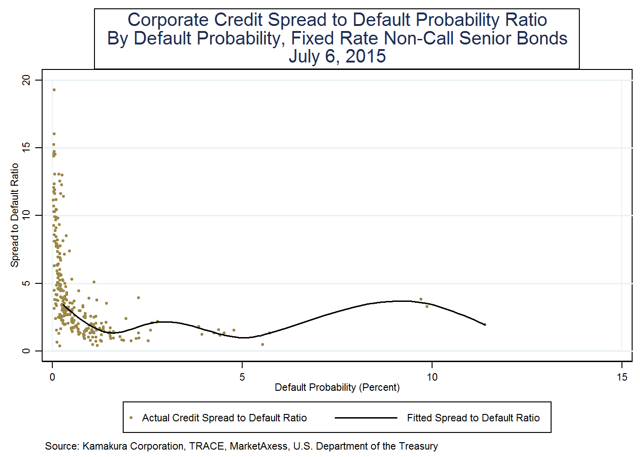 The credit spread is calculated by comparing the trade-weighted average yield to the matched maturity U.S. Treasury rate supplied by the U.S. Department of the Treasury to the Federal Reserve H15 statistical release. Calculations are by Kamakura Risk Information Services using data from TRACE. In a recent note, we explained why it is incorrect to use the common financial relationship that says credit spreads equal the default probability times (one minus the recovery rate). The graph above is additional evidence that this simple formula is incorrect. For more information please contact info@kamakuraco.com.

For an example of how to apply modern default probabilities for risk management and portfolio selection, please see the introduction to Kamakura's premium service The Corporate Bond Investor and this week's ranking of the most heavily traded corporate bond issues by "best value."