Chairman, Founder and Chief Executive Officer at China First Capital (www.chinafirstcapital.com) , a China-based international investment bank and advisory firm for capital markets and M&A transactions. China First Capital was established in 2007 and has its headquarters in Shenzhen, China. It serves a distinguished group of clients, including industry leaders in China, both private sector companies and SOEs as well as global corporations actively expanding within China. Peter's insights and analysis on China, its capital markets and private equity industry are often featured in international media including The Wall Street Journal, Financial Times, The Economist, New York Times, Washington Post, Bloomberg, China Daily. Peter is an occasional columnist for three prominent Chinese-language business publications, 21st Century Herald, Caijing and Forbes China. For up-to--date commentary and analysis, visit: www.chinafirstcapital.com/blog Linkedin profile: cn.linkedin.com/in/peterfuhrman Founding China First Capital is the fulfillment of a deeply-held ambition nurtured for 30 years. "I first came to China in 1981, as one of the earlier American graduate students in China. I left China after school. But, throughout, I never lost sight of the goal to return to China and start a business that would contribute meaningfully to the country’s revival and prosperity." 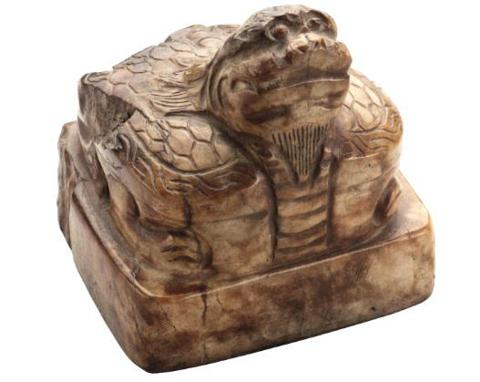 China first slowed its IPO machinery beginning July 2012 and then shut it down altogether almost a year ago. Since then, about the only thing stirring in China's IPO markets have been the false hopes of various analysts, outside policy experts, stockbrokers, PE bosses, even the world's most powerful investment bank. All began predicting as early as January 2013 the imminent resumption of IPOs.

So here we are approaching the end of September 2013 with still no sign of when IPOs will resume in China. What exactly is going on here? Those claiming to know the full answer are mainly "talking through their hat". Indeed, the most commonly voiced explanation for why IPOs were stopped - that IPOs would resume when China's stock markets perked up again, after two years of steady decline - looks to be discredited. The ChiNext board, where most of China's private companies are hoping to IPO, has not only recovered from a slump but hit new all-time highs this summer.

Let me share where I think the IPO process in China is headed, what this sudden, unexplained prolonged stoppage in IPOs has taught us, and when IPOs will resume.

First, the prime causal agent for the block in IPOs was the discovery in late June last year of a massive fraud inside a Chinese company called Guangdong Xindadi Biotechnology. (Read about it here and here.)

This one bad apple did likely poison the whole IPO process in China, along with the hopes of the then-800 companies on the CSRC waiting list. They all had underwriters in place, audits and other regulatory filings completed and were waiting for the paperwork to be approved and then sell shares on the Shenzhen or Shanghai stock exchanges. That was a prize well worth queuing up for. China's stock markets were then offering companies some of the world's highest IPO valuations.

After Xindadi's phony financials were revealed and its IPO pulled, the IPO approval process was rather swiftly shut down. Since then, the CSRC has gone into internal fix-it mode. This is China, so there are no leaks and no press statements about what exactly is taking place inside the CSRC and what substantive changes are being considered. We do know heads rolled. Xindadi's accountants and lawyers have been sanctioned and are probably on their way to jail, if they aren't there already A new CSRC boss was brought in, new procedures to detect and new penalties to discourage false accounting were introduced. The waiting list was purged of about one-third of the 800 applicants. No new IPO applications have been accepted for over a year.

IPOs will only resume when there is more confidence, not only within the CSRC but among officials higher up, that the next Xindadi will be detected, and China's capital markets can keep out the likes of Longtop Financial and China MediaExpress, two Chinese companies once quoted on NASDAQ exchange. They, along with others, pumped up their results through false accounting, then failed spectacularly. Overall, according to McKinsey, investors in U.S.-listed Chinese companies lost 72% of their investment in the last two years.

China's leadership urgently does not want anything similar to occur in China. That much is certain. How to achieve this goal is less obvious, and also the reason China's capital market remains, for now, IPO-less.

If there were a foolproof bureaucratic or regulatory way for the CSRC to detect all fraudulent accounting inside Chinese companies waiting to IPO in China, the CSRC would have found it by now. They haven't because there isn't. So, when IPOs resume, we can expect the companies chosen to have undergone the most forensic examination practiced anywhere. The method will probably most approximate the double-blind testing used by the FDA to confirm the efficacy of new medicines.

Different teams, both inside the CSRC and outside, will separately pour over the financials. Warnings will be issued very loudly. Anyone found to be book-cooking, or lets phony numbers get past him, is going to be dealt with harshly. China, unlike the US, does not have "country club prisons" for white collar felons.

The CSRC process will turn several large industries in China into IPO dead zones, with few if any companies being allowed to go public. The suspect industries will include retail chains, restaurants and catering, logistics, agricultural products and food processing. Any company that uses franchisees to sell or distribute their products will also find it difficult, if not impossible, to IPO in China. In all these cases, transactions are done using cash or informal credit, without proper receipts. That fact alone will be enough to disqualify a company from going public in China.

Pity the many PE firms that earlier invested in companies like this and have yet to exit. They may as well write down to zero the value of these investments.

Which companies will be able to IPO when the markets re-open? First preference will be for SOEs, or businesses that are part-owned by or do most of their business with SOEs. This isn't really because of some broader policy preference to favor the state sector over private enterprise. It's simply because SOEs, unlike private companies, are audited annually, and are long accustomed to paper-trailing everything they do. In the CSRC's new "belt and suspenders" world, it's mainly only SOEs that look adequately buckled up.

Among private companies, likely favorites will include high-technology companies (software, computer services, biotech), since they tend to have fewer customers (and so are easier to audit) and higher margins than businesses in more traditional industries. High margins matter not only, or even mainly, because they demonstrate competitive advantage. Instead, high margins create more of a profit cushion in case something goes wrong at a business, or some accounting issue is later uncovered.

The CSRC previously played a big part in fixing the IPO share price for each company going public. My guess is, the CSRC is going to pull back and let market forces do most of the work. This isn't because there's a new-found faith in the invisible hand. Simply, the problem is the CSRC's workload is already too burdensome. Another old CSRC policy likely to be scrapped: tight control on the timing of all IPOs, so that on average, one company was allowed to IPO each working day. The IPO backlog is just too long.

The spigot likely will be opened a bit. If so, IPO valuations will likely continue to fall. From a peak in 2009, valuations on a p/e basis had already more than halved to around 35 when the CSRC shut down all IPOs. IPO valuations in China will stay higher than, for example, those in Hong Kong. But, the gap will likely go on narrowing.

What else can we expect to see once IPOs resume? Less securitized local government borrowing. Over the last 16 months, with lucrative IPO underwriting in hibernation, China's investment banks, brokerage houses and securities lawyers all kept busy by helping local government issue bonds. It's a low margin business, and one not universally approved-of by China's central government.

How about things that will not change from the way things were until 16 months ago? The CSRC will continue to forbid companies, and their brokers, from doing pre-IPO publicity or otherwise trying to hype the shares before they trade. If first day prices go up or down by what CSRC determines is "too much", say by over 15%, expect the CSRC to signal its displeasure by punishing the brokerage houses managing the deals. The CSRC is the lord and master of China's IPO markets, but a nervous one, stricken by self-doubt.

China needs IPOs because its companies need low-cost sources of growth capital. When IPOs stopped, so too did most private equity investment in China. It's clear to me this collapse in equity funding has had a negative impact on overall GDP, and Chinese policy-makers plans to rebalance its economy away from the state-owned sector. It's a credit to China's overall economic dynamism, and the resourcefulness of its entrepreneurs, that economic growth has held up so well this past 18 months.

IPOs in China are a creature of China's administrative state. Companies, investors, bankers, are all mainly just bystanders. Right now, the heaviest chop to lift in China's bureaucracy may be the one to stamp the resumption of IPOs. So, when exactly will IPOs resume? Sometime around Thanksgiving (November 24, 2013) would be my guess.