Consumers have put the chill on credit card usage in April after a monstrous surge in March. Still, the pace of credit card usage is increasing and swiftly heading back to all-time high levels. This trend is setting off alarms for many, especially when it's coupled with delinquency rates edging higher. Yet at the current pace, it would be unlikely that we'd eclipse the old record until the very end of the year. 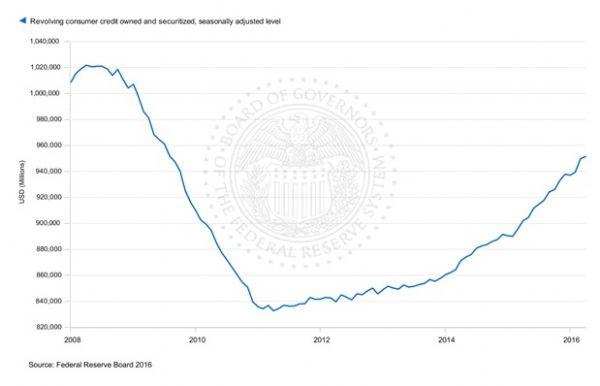 However, I say that it's too early to hit the panic button for a number of reasons.

People are more disciplined with their spending. Consider the debt-to-disposable income; it peaked at 23.4% in April 2004, and tumbled all the way down to 17.7% in December 2012 as consumers were still licking their economic wounds. At the current 18.9% ratio, it's a long way from being outrageous or a red flag unless you're at the Fed or the incumbent political party looking for consumers to step up to the plate.

The lingering fear that's kept consumers from going nuts with their credit card has also cast a dark shadow over the rally. Everyone is either a critic or a skeptic; some are even betting against it, including the infamous trader George Soros; the man who once crushed the British Pound is now looking for stocks to get hammered.

He joins a long list of high-profile bears, but the good news is that these folks often make bets that take years to work out and sometimes those bets flop.

Even though the market finished off the lows of the session, the only winning sectors were utilities and consumer staples.

There is no need to panic even if the Lords of Wall Street are trying to get you to head for the hills.

He's a hardhat, hammer swiggin', won't hear him whine
Kick some butt, wrap it up, crack a beer, high five
God fearing son of pride and strength
That's exactly what he's turned into

These headlines have become common over the years…

The Slow Disappearance of the American Working Man

The Vanishing Male Worker: How America Fell Behind

The Mysterious Rise of the Non-Working Man

Well, the 'Decline of the American Working Man' has moved into hyperdrive.

Despite all the hype about women getting the short end of the stick in the economy, the fact is that the American male worker has seen his paycheck stall in the past 40 years; more and more men are giving up on being the breadwinner or working at all.

Men have earned less adjusted for inflation now than the average income in 1973, whereas women have seen a 30% increase in their average wage.

Consequently, the multi-decade trend of men dropping out of the workforce has gotten worse since the Great Recession, particularly among white men. 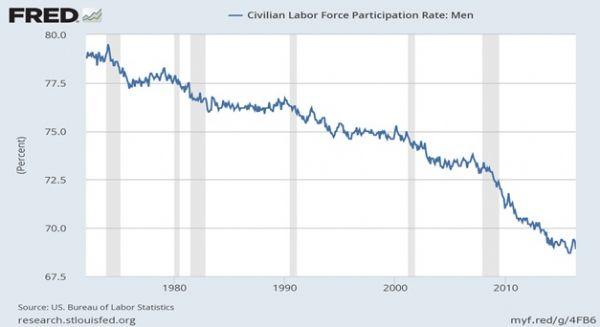 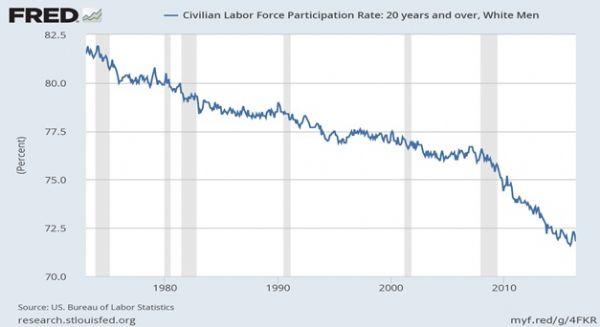 There is no doubt this trend has political ramifications, but the big question is whether this issue can even be fixed?

Moreover, I must admit that it doesn't look great at the moment.

Negative talk and continued failure at key resistance is triggering more selling this morning. It's not the stuff of panic, but it is worrisome.