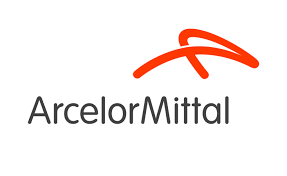 Arcelor Mittal MT is on our watchlist of stocks that are down over 20% in the last month, which we also believe to be overdone. In the long term we see the rapid declines in stock price to be a huge opportunity for investors. On top of this we believe that following a 20%+ move to the downside the risk to reward is heavily skewed in the investor's favor. Although Arcelor Mittal is not profitable, this is an industry wide trend. However, based on its net profit margin which is nearly 10x the industry average, MT does a much better job at turning revenues into profit. Despite its loss and recent plummeting share price, it still continues to pay out a 3.52% dividend yield. This is substantially stronger than that of its peers and the industry average of about 1.00%. Overall MT is one of the few companies in the industry that even offers a dividend. This is one of the many reason why we see the risk to reward to be skewed in the investor's favor. Its management team still takes its shareholders into strong consideration prior to making any drastic decisions. Throughout industry wide downturns it is common for a number of industry leaders to significantly cut their dividend, where during its recent decline in price per share MT maintained its dividend to ensure confidence in its shareholders. Lastly, its debt to capital of about 0.42x is fairly inline with its peer and industry averages. It has room to issue more debt based on this fundamental metric, which we do see as a strong possibility should there be an industry wide upturn in the near future. It would be very beneficial for MT to fully leverage its resources to bring out its full potential. 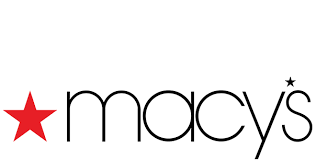 Macy's M is another name on our watchlist of beaten up stock within the last month. After its recent decline in price per share its P/E ratio sits at 10.12x which is nearly half of the industry average. Macy's generally is one of the industry leaders and has the ability to maintain itself during an industry wide downturn. This is our first sign that this is a massive and most likely short lived opportunity for investors. Even during its recent decline throughout not only the past month, but the past quarter, Macy's has maintained its strong gross profit margin of 39.09%. This is very strong when compared to the industry average. Its operating and net profit margins remained constant and in line with the industry average as expected for a company with as strong of a management team as Macy's does. Similar to Arcelor Mittal, Macy's has one of the highest dividend yields in its industry. Its yield of 4.83% is more than double the industry average of about 2.3%. We strongly believe that Macy's will maintain this strong dividend rate as well as its earnings per share and in turn its price per share will increase allowing its valuation ratios such as its P/E to reflect the industry average. Its management effectiveness is one of the strongest in the industry as told by its return on equity of 21.27%. Between its effectiveness when managing its resources and its strong dividend yield we believe that this recent decline in price per share presents investors with a massive opportunity to get long. Its debt to capital of 0.6476x is slightly higher than the industry average, however Macy's is not known to be leveraging its assets as much as it has in previous quarters. We believe this to be the reason as to why the recent decline in price was extremely overdone. 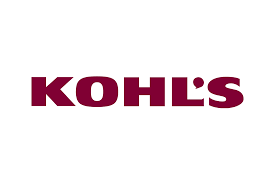 Kohls Corp KSS is amongst the plethora of retail sector stocks damaged by the industry wide decline in sales. Similar to our thesis with Macy's we believe this to be very over exaggerated. Kohls was beaten down to 12.18x, which is almost half of the industry average. Kohls is another company that historically is known to be one of the top competitors in the industry. During its recent decline in price it more than maintained its historically strong gross profit margin of 35.84%. Its operating and net profit margins also remained relatively strong. This was a strong sign to us that the recent short term decline in price per share was overdone. Granted sales have declined throughout the industry, but there is nothing fundamentally wrong with Kohls or Macy's for that matter. They were each able to maintain its everyday business operations and functions regardless of what happened to its price per share. Macy's has a massive dividend, but Kohls is even higher. Its dividend yield of 5.62% is significantly above the industry average. This is generally a very popular and attractive metric for investors of all shapes and sizes. Contrary to Macy's, Kohls has a debt to capital of 0.4696x which is slightly below the industry average. This being said we see the possibility for Kohls to further leverage its assets during the next industry wide uptrend. Even when compared to Macy's we believe that Kohls would benefit slightly more during an industry wide upturn due to its ability to issue more debt and capitalize on its available resources. 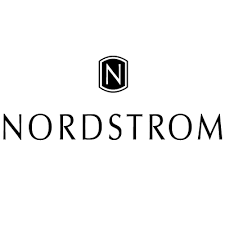 Nordstrom JWN held its ground the most relative to Macy's and Kohls during the recent industry wide downturn. Nordstrom's decline in price per share brought its P/E down to 13.76x which although is below the industry average of about 20.00x, it is still slightly above the valuation ratios of Macy's and Kohls. Aside from this metric, Nordstrom's PEG ratio truly stood out to us the most when compared to its beaten up peers. Its PEG is nearly 3x the industry average and its peer average, so we see its recent decline in price per share to be an excellent opportunity for investors looking for a safe place within the recently volatile retail sector. As previously stated the stability of these company's gross profit margins is why we believe the recent over exaggerated price decline is not permanent. Nordstrom maintained a gross profit margin of 35.95%, which is above the industry average and fairly in line with Kohls and Macy's. Its dividend similar to Kohls and Macy's is strong as ever as 3.88%. Granted this is not as high as the 5%+ we saw from Kohls, but it is very strong compared to the beaten up retail sector average. Its return on equity of 30.20% is also above the industry average and we believe that this confirms our thesis that a number of the stronger and historically leading retail sector companies have maintained their standard operations and functions, and that the recent industry downturn was very over exaggerated. The market proved itself to be fearful given the drastic price declines, however we see this overall skepticism to present itself as a huge opportunity to investors. From a valuation perspective, these four companies have significantly more upside than downside given our fundamental analysis and our thesis that their rapid price declines are overdone and will be short lived.