Fed may appear to be more dovish this week amid softer consumption demand, short USD/JPY?

As FOMC gathers this week for its policy meeting, investors need to watch whether Fed will officially start to tweak its monetary policy. This means Fed will have to ease its stance after raising rates four times in 2018.

Powell and his colleagues are widely expected to hold rates steady at their 30 April to 1 May meeting. What Fed watchers will be looking for are hints of easing in the post-meeting statement.

Even if rates stay unchanged for an extended period of time, there are risks that lower inflation pushes them to think about easing. Fed Vice Chairman Richard Clarida has pointed to 1995 and 1998 as two instances where the central bank reduced rates as insurance against a weakening economy, even though it did not see a recession lurking then. Some market players think 1995 is a better template for what’s happening now. Policymakers today are even more fixated on the low inflation level and have made no secret of their desire to see higher US and global growth which was also slowing a quarter of a century ago.

First-quarter GDP topped the most optimistic market forecasts, particularly given that the growth concerns that rattled economic sentiment around the turn of the year, with a closer inspection, exposed a much more sluggish underlying profile. Much of what made first-quarter GDP look great will make second-quarter GDP look considerably weaker, namely an unaddressed inventory overhang.

Last year’s trade tensions were very much evident in the GDP results at the start of 2019. While anticipating an escalation in trade tensions towards the end of 2018, many producers padded their supply chains by rushing goods into the US which widened the trade gap as well.

Now that trade talks appear to be moving in a more favourable direction, producers are reversing course and trying to normalise their operating conditions. This results in a depressed production. Yet, it is also materialising as seen in a collapse of imports in the first quarter, creating a temporary appearance of a narrowing trade gap.

Consumer spending slowed significantly, falling to 1.2% from 2.5% in the previous quarter. The pace of spending was less than half of the average 2.6% pace in 2018 while consumption for goods declined. The composition of growth in personal consumption reflects considerable weakness in spending on discretionary items, particularly in the beginning of the quarter as a result of the government shutdown which caused the year-end market rout and smaller-than-anticipated income tax refunds. A sharp rebound in discretionary spending, particularly on autos at the end of the quarter, bodes well for an acceleration in consumption in the second quarter.

USD/JPY: The pair may drop towards 111.15 as Fed may appear to be more dovish this week. 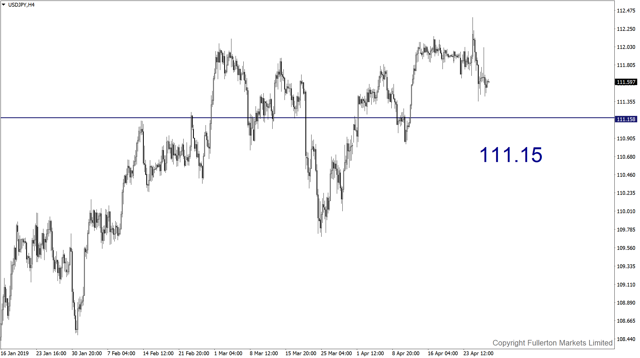 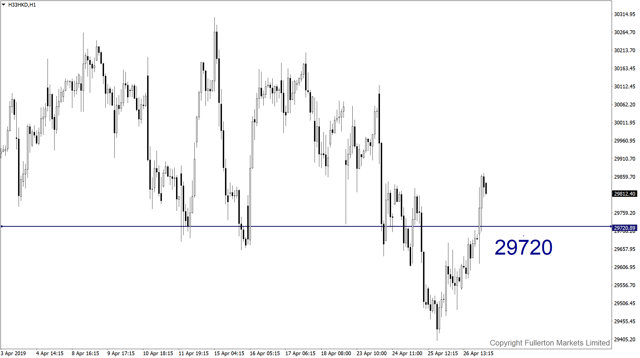 AUD/USD: This pair may rise towards 0.7100 which is the next resistance in sight. 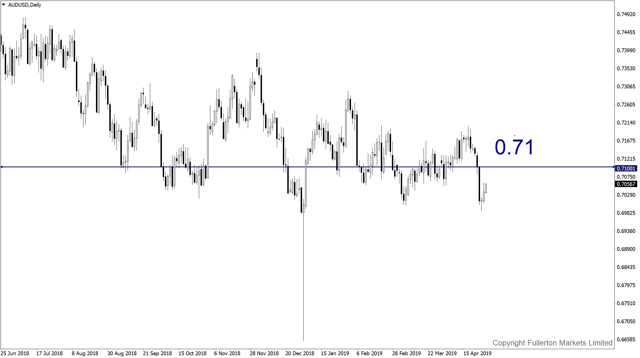 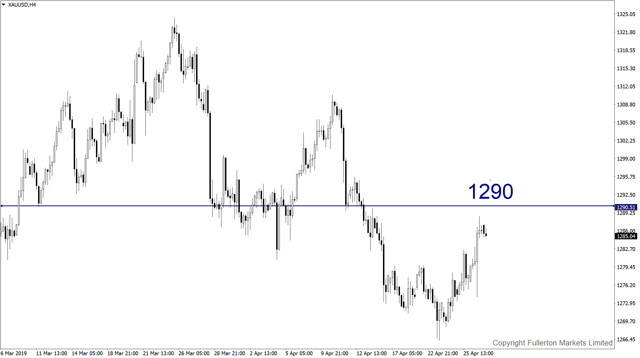