Proactiveinvestors is a leading multi-media news organisation, investor portal and events management business with offices in New York, Sydney, Toronto, Frankfurt and London. Proactiveinvestors operates five financial websites in four languages providing breaking news, comment and analysis on hundreds of listed companies across the globe daily. We are one of the fastest growing financial media portals in the world. The group also operates hugely successful “investor forums” where three or four companies present to an audience of high net sophisticated investors, fund managers, hedge funds, private client brokers and analysts. Ian Mclelland founded Proactiveinvestors in 2006 as a way to channel his own views on companies small and mid-cap public companies. What started as a hobby quickly turned into a full time job as the website's readership exploded. One2One forums were added later in 2006, and within two years the company had expanded its operations into Canada and Australia. In 2009 the company expanded into Germany and finally into the US in 2010. Proactiveinvestors is now one of the fastest growing global financial media organizations in the world receiving more than one million visitors per month, with investor forums held across the globe on a regular basis.

Although not disclosed the acquisition is likely to be funded from a placement by the company which is currently in a trading halt until Wednesday, 30 July 2014.

This will diversify and reduce risk for the company away from reliance on the Magnolia LNG project.

It plans to develop the site, which was originally proposed for a 11.3 million tonne per annum LNG import terminal, into an initial 4Mtpa LNG export project with potential for future expansion.

This expands the company's presence in the North American LNG sector.

Notably, substantial investment has already been made by Anadarko into the site, which will significantly lower development cost and likely result in faster approvals schedule than Magnolia due to work already completed.

LNG Limited will also use the development, technical and engineering work already completed for the Magnolia LNG export project in Louisiana and integrate with the Bear Head project's existing civil works and detailed engineering work.

It believes that the acquisition and development of Bear Head will not detract from its achieving Financial Close of Magnolia LNG in mid-2015.

The company has also been undertaking due diligence on Bear Head since October 2013 and is confident of obtaining all permits and approvals by mid‐2015 before making a final investment decision during 2016.

In addition, it is already in discussions with gas transmission companies to transport natural gas to Bear Head.

"This is a significant transaction for LNG Limited and is consistent with our strategic plan to selectively secure sites that meet our criteria and develop a strong North American presence," managing director Maurice Brand said.

"We are particularly keen to secure opportunities where we can either replicate Magnolia LNG or substantially use all the Company's technical, engineering, technology and development expertise.

"Bear Head fits those criteria with the development plan based on the use of the Company's OSMR® LNG Process Technology which will deliver lower capital costs, improved energy efficiency and a shorter development and construction schedule.

"Bear Head has considerable unlocked value and sunk costs that can readily be transformed into an LNG export facility.

"We have been undertaking due diligence on Bear Head since October 2013 so we are confident that we can hit the ground running and obtain all permits and approvals by mid‐2015, and during 2016, make a Final Investment Decision.

Brand confirmed that Magnolia LNG remained on schedule and budget and that the company is satisfied that the acquisition and development of Bear Head will not detract from the Company achieving Financial Close of Magnolia LNG in mid‐2015.

The Bear Head LNG Project is located in Richmond County, Nova Scotia, Canada, and the key assets include:

- A 255 acre site comprising industrial‐zoned land (180 acres) and deep‐water acreage (75 acres) as well as foundations in place for two 180,000 cubic metre LNG tanks. The land has been cleared, a majority of site works completed and roads constructed; and
- The Project Rights of the previously proposed LNG import terminal, including all assets, rights and obligations associated with the Bear Head project.

The company has already developed a gas supply plan and a transportation plan, and has interest from several parties to enter into Tolling Agreements, adopting the same business model as the Magnolia LNG Project.

LNG Limited is in discussions with gas transportation companies and owners of gas reserves regarding the supply of natural gas from onshore and offshore Canadian natural gas supply options, and the Marcellus Shale Gas Play in North‐Eastern U.S. to the Bear Head LNG project site.

As part of this transaction and once it is completed, the company will appoint John Godbold as chief operating officer and project director of Bear Head LNG Corporation.

He previously worked for El Paso Energy and Morgan Stanley.

"With the appointment of John and Ian and several other key managers to follow, we are well resourced to progress our second North American LNG export project in a timely manner," Brand added.

"Bear Head LNG will share an office in Houston with Magnolia LNG." 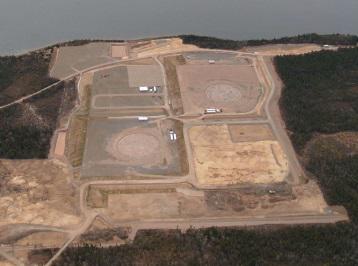 The decision to acquire Bear Head LNG from Anadarko Petroleum Corporation for US$11 million expands as well as reduces risk for Liquefied Natural Gas Limited's in the North American LNG sector.

That the acquisition is not expected to impact on its achieving Financial Close for Magnolia LNG in mid‐2015 is significant, given the outstanding progress it has already made on that project.

Bear Head also benefits from the work that Anadarko has already carried out, including the completion of most of the site works and construction of roads as well as the development, technical and engineering work that LNG Limited has carried out on Magnolia LNG.

This will allow the project to obtain all permits and approvals by mid‐2015 as well as make a final investment decision during 2016.

Proactive Investors continues to believe that LNG Limited will mirror the growth of Cheniere Energy (NYSEMKT:LNG), a US$17.95 billion that expects to export its first LNG from the U.S. in 2015.