The financial markets take their oversold conditions into the current week with a very light syndicate calendar. Currently the RSI (relative strength index) is the lowest we have seen during this calendar year, and could signal the broader markets are ripe for a rebound. While we came within a few points of a recognized retest of the February and April lows yesterday, $AAPL earnings on Thursday, and more drippings of fedspeak could be two factors that position the markets' direction through the end of the year. 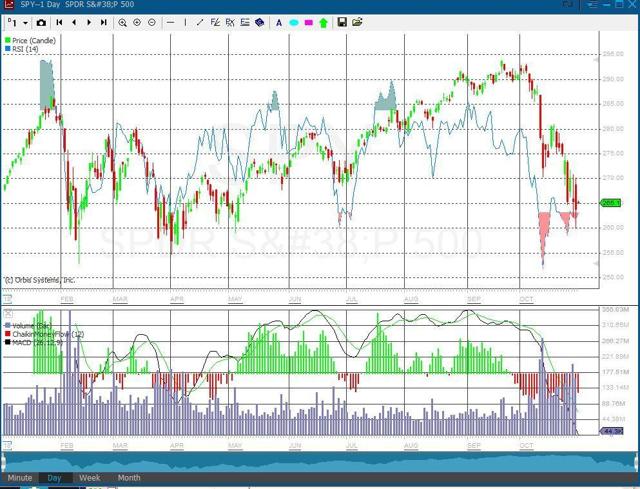 With just 4 IPOs on the calendar this week, and only one deal slated to break the $100mm offering size, the field is still stacked with attractive offerings in the bio-tech space. Before getting into this week's deal, we wanted to recap the results from the two deals that we highlighted last week.

$STNE was undoubtedly the darling of the week and lived up to all of the hype that preceded it's offering. StoneCo, the financial tech solutions giant out of Brazil, ultimately priced 47.7m shares a point above the original range (21-23) at $24 and opened for trading at $32,00, a better than 30% return. The stock later closed the trading day at $31.35.

The other high profile deal from last week was the cooler and equipment product maker $YETI. Yeti Holdings was a bit of a disappointment for investors, who were both allocated shares of the deal, and those who later played the deal in the aftermarket. Yeti priced 16m shares at $18, which was a point below the indicated range of (19-21) and the share size represented a decrease in the initial expected quantity of 20m shares. Bankers' efforts to spice up the attractiveness of the valuation of the deal, was ultimately not enough to garner a premium in the aftermarket performance as it opened trading at $16.75, and later closed the trading day at $17.

This week we have 3 deals, all of which have moved up their offering date from later in the week to tonight, which may be worth paying attention to.

$AXNX, Axonics Modulation Technologies, Inc., which develops devices to treat urinary tract infections, is a BofA Merrill and Morgan Stanley co-led deal, is slated to bring 6.7m shares at an indicated range of $14-$16. The deal is currently well oversubscribed, and is expected to price between the mid-point and/or the high-end of the range. This company is poised to make strides in a space that is scarcely penetrated, and ultimately dawn FDA approval followed by a strengthened marketing campaign.

$ORTX Orchard Therapeutics Ltd, a gene therapy bio-pharma, is ready to bring 13.3m shares at an introduced range of ($14-$16) with JP Morgan serving as the lead manager. This commercial stage, fully integrated company, is currently operating with no debt, and ~$350m in total equity on a pro-forma as adjusted basis. The deal is expected to price at or around the low end of the range.

Another fairly small offering slated to trade this week is Twist Bioscience $TWST. Another JP Morgan led IPO, is a biotech which aims to fully integrate the coding of DNA on silicon chips for industrialized use. The deal is expected to be priced between $14-$16. The anticipated size of 5m shares is multiple times over-subscribed and should be priced at the high end of the indicated range or potentially a point high

*Risk Disclosure: Trade Legit will not accept any liability for loss or damage as a result of reliance on the information contained within this blog or website including data, quotes, charts, buy/sell signals and related . Please be fully informed regarding the risks and costs associated with trading the financial markets, especially the new-issue market, it is one of the riskiest investment forms possible.

Disclosure: I/we have no positions in any stocks mentioned, but may initiate a long position in "TWST" over the next 72 hours.