The Australian dollar slipped back after jumping in the previous week. Where will it go next? The rate decision by the RBA and retail sales stand out in the first week of Q4. Here are the highlights of the week and an updated technical analysis for AUD/USD.

The US dollar emerged as a winner from the Fed decision. The central bank raised rates and signaled four more moves until the end of 2019. The removal of the wording about “accommodative policy” initially hurt the greenback, but things turned around afterward.

AUD/USD daily graph with support and resistance lines on it. Click to enlarge: 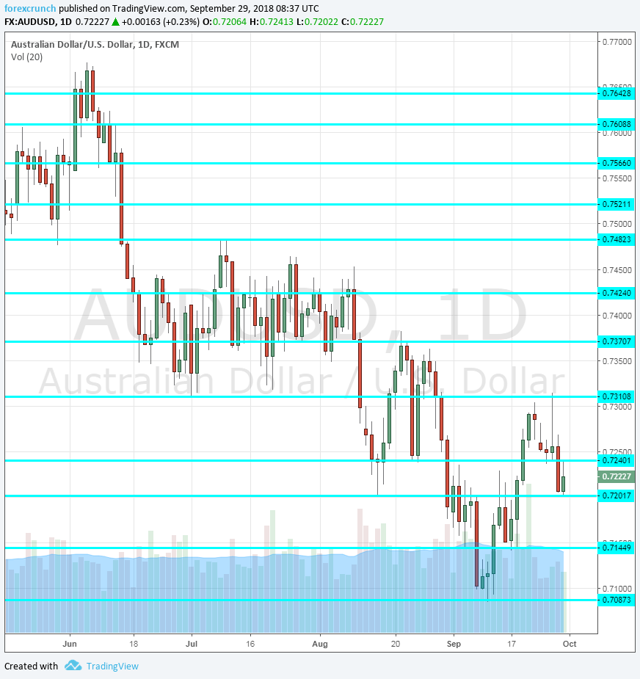 Aussie/USD challenged the 0.7310 level (mentioned last week) but then dropped and found support only at 0.72.

I am bearish on AUD/USD

The Fed’s hawkish policy boosts the dollar and the trade tariffs weigh on risk currencies such as the Australian dollar. Australia’s struggling housing sector does not help.

Our latest podcast is titled Too hot or too cold? The world is watching the Fed