Dollar/CAD had a somewhat wild week: rising on NAFTA worries but dropping back down on upbeat Canadian GDP. The first week of October features the all-important jobs report. Where will the C$ go next? Here are the highlights and an updated technical analysis for USD/CAD.

The US wants to move forward with the agreement with Mexico, excluding Canada. They want to ratify the deal before Lopez Obrador takes over as Mexico’s President. The news sent the loonie lower. On the other hand, Canadian GDP came out at 0.2% m/m in July, slightly above expectations, allowing a recovery. BOC Governor Stephen Poloz repeated the message of gradual rate hikes while saying that Canada is less dependent on the US than 15 years ago. US data was OK, with few surprises.

USD/CAD daily chart with support and resistance lines on it. Click to enlarge: 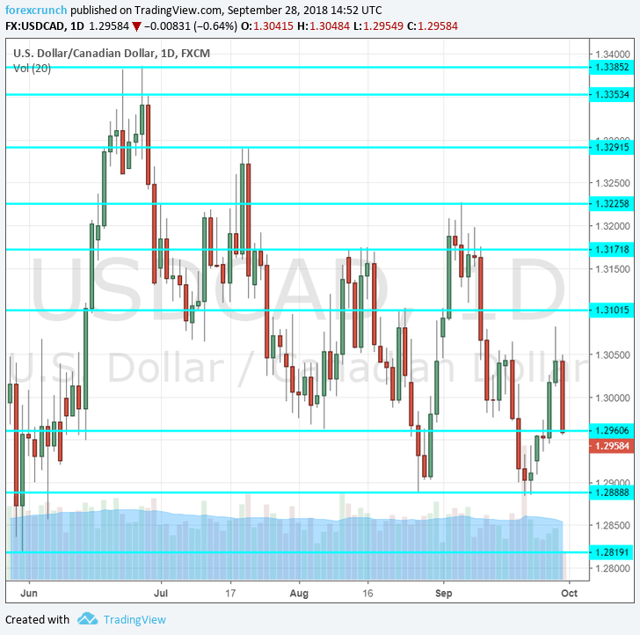 Dollar/CAD started the week with an upside move but dropped and found itself around 1.2960 (mentioned last week).

1.3170 served as resistance in mid-August. 1.3100 is a round number that also capped the pair several times in August.

I am bullish on USD/CAD

The US Dollar may resume its rises amid a hawkish Fed and upbeat economic data. NAFTA worries could continue weighing on the Canadian Dollar.

Our latest podcast is titled Too hot or too cold? The world is watching the Fed