Nordman Algorithms was founded by professional trading software developers and traders and specializes on trading algorithms (trading robots) and custom indicators development for the most popular trading platforms such as MetaTrader 4/5, NinjaTrader 7/8 and cTrader.

“Opening Range Breakout” is a popular trading strategy that uses first intra-day candle’s high-low range to identify the entry point upon its breakout.

We have conducted a detailed analysis and optimization of the “Opening Range Breakout” strategy and according to the results of the study, we have determined the most effective indicators for use in this trading strategy. A brief overview of the study is presented below.

After running the initial test of a simple non-filtered strategy we perform a trading data analysis that allows to identify possible filters to use to make the strategy more profitable reducing the drawdown simultaneously.The following charts may give some possible insights on which filters to apply (time sessions, day of week limitation, trend strength threshold, overbought/oversold conditions, volatility range) to turn this strategy profitable should you decide to use this strategy in your investment portfolio: 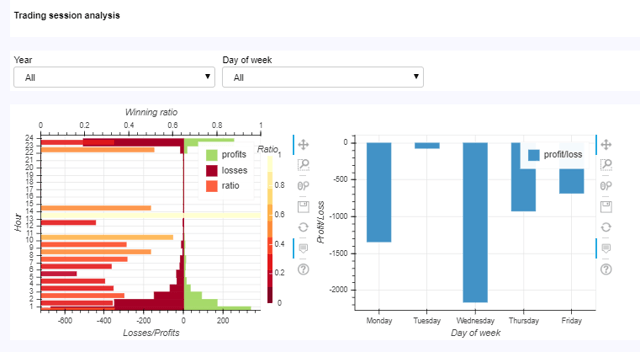 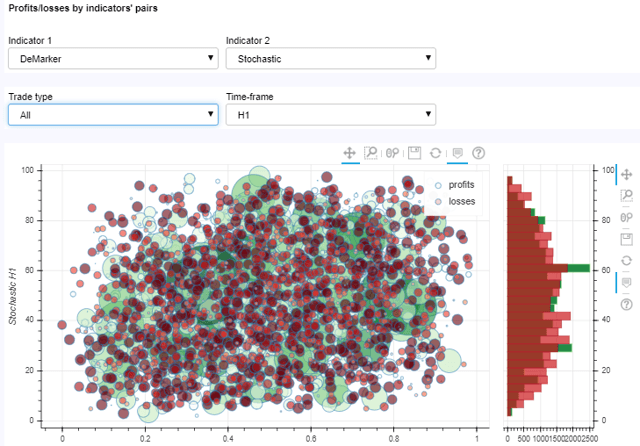 We have analysed data received from a test of Opening Range Breakout trading strategy during 2009 — 2019 years and applied some filters such as Stochastic, RVI and Demarker. As a result, the profitability of the strategy has increased from -6.34% up to 1.34% and it’s drawdown has reduced from 64.29% to 5.17% using leverage 1:1.

Reducing the drawdown has allowed us to increase the leverage that can be used while trading this strategy up to 1:25, which in turn, has resulted in annualized ROI increase up to 33.59%!

Reducing the drawdown has also allowed us to use risk based lot calculation. Below you can see the back-test results using $10,000 initial balance and 3% risk per trade: 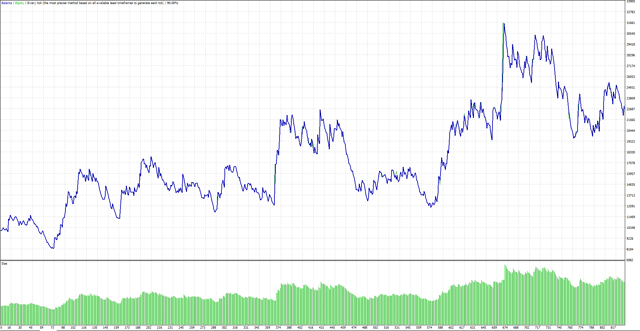 You can learn more about the results of analysis and optimization of the “Opening Range Breakout” strategy on our website.