Sailesh S Radha, B.Tech, MBA, MALD, is IMRA's Founder, President and Chief Market Strategist. Sailesh guides IMRA's research & analytics and consulting endeavors covering global stock markets, equity sectors, asset allocation, and global economic outlook. Sailesh was Vice President at CCM Investment Advisers LLC in Columbia (South Carolina), where he served as Chief International Equity and Economic Strategist, and Portfolio Manager. While at CCM he pioneered their International Country Rotation Model (using single country ETFs) that attracted significant institutional interest as a unique approach to investing in emerging markets. He joined CCM after graduating from the Darla Moore School of Business (University of South Carolina) in Columbia (South Carolina) with a MBA (Finance & International Business) and then receiving his Master's in Law & Diplomacy from the Fletcher School of Law & Diplomacy (Tufts University) in Boston, MA with an emphasis in international security, development economics and quantitative macroeconomics. Before arriving at CCM, Sailesh had stints at the World Health Organization (WHO) at Geneva, Switzerland as a research economist and at the Strategic Finance Group (SFG) of ICICI Bank at Mumbai, India as a quantitative analyst. Before his switch to a career in finance and economics, Sailesh served in the Information Technology arena in India and the US for many years after having graduated with an under-graduate degree in Electrical & Electronics Engineering from India. Sailesh also has served as a guest lecturer at the University of South Carolina's Moore School of Business teaching international equity strategy. He is also an avid sports trivia buff and has a new cricket book of trivial facts out in the market called "Five Days in White Flannels".

With the world population having reached approximately seven billion, and continuing to grow about 79 million people each year, most of the growth in the recent years almost exclusively have been taking place in the less developed countries, which include the least developed, in Africa and Asia.2 Out of the 48 least developed countries in the world, 33 of them are located in sub-Saharan Africa. According to UN estimates, by the year 2050, the number of people in sub-Saharan Africa may double and by the end of the century it may quadruple.3 The estimates project population in sub-Saharan Africa to peak at around 1.6 billion, accounting for about 19% of the world population, in 2030 (see figures 1 & 2).4 That projection puts sub-Saharan Africa way below Asia at 58% of the world population in 2030, but definitely higher than South America at 8% and rest of the world (see figure 2).5 With the increasing presence of African population in the world demographic scene, Africa can potentially provide, investors world-wide, opportunities in the years to come to partake in its economic growth, if and when it takes off, and that growth shall derive its strength, at least to begin with, from its human capital progress.

In the rest of this chapter, we'll discuss in detail principles, analysis and the thesis that could be used by investment professionals - money managers, investment bankers, financial analysts and others - to dissect the demographic trends in Africa to arrive at a narrative- a narrative that will tell us what nations/regions in Africa have the potential, or not, to be the next generation of BRICs, the group of nations that have captivated investors around the world in the last two decades with a feel-good growth story, or to be the next East Asian growth miracle that peppered the few decades since World War II. Of course, there are those factors apart from demographics that need to be taken in to consideration before investment decisions are made, and those factors would be covered in detail in the remaining chapters of the book.

In the recent decades, discerning the relationship between population change and economic growth has become essential to explain the miraculous growth episode seen in East Asia from the 1950s to the early 1990s, and also that seen in Brazil, China and India the last two decades. But, the relationship has remained a subject of debate among economists and demographers for centuries. Till the turn of the century, the effects of population size and growth on economic development were at the heart of that raging debate. However, since the late eighties, age structure of the population has been thrown into the mix because of its proficiency in explaining recent growth episodes in East Asia. Age structure of the population is the distribution of the population across various age groups (see figure 3).

Prior to the age structure model becoming part of the debate, the opinion amongst demographers and economists were divided, and they were classified as Pessimistic Theory, Optimistic Theory, or Neutralist Theory. The pessimists, who traced their roots back to Thomas Malthus's alarmist doctrines, held the opinion that population growth impedes economic development due to excessive burden placed on fixed resources and reductions in capital per worker and lower living standards. In the 18th century, Malthus theorized that in a world with fixed resources and weak technology progress would lead to insufficient food production leading to famine and starvation deaths. Even though those prognostications failed to come to pass, they remained very much in the debate till a few decades ago. However, during the last four decades or more the world's population has more than doubled and yet the average per capita incomes have increased by more than two-thirds.6 This cognizance led to the decline of pessimists, giving way to the so-called optimists. Optimists like economist Simon Kuznets and others while refuting the ideas of the pessimists believed that population growth is an economic asset, and it aids economic growth through increased stock of human innovation and gains from economies of scale. Julian Simon, an optimist, in his landmark book - The Ultimate Resources - revealed that growing demands of rising population on natural resources encourages technological progress resulting in the decline of their prices for the long-term. The Optimistic Theory gives more importance to technological progress and human capital progress than to physical and natural capital. The theory, while propounding the positive effects of population growth, also suggests that apart from population growth, there could have been multiple external factors in play for the consequences of population growth.7 To summarize, Optimistic Theory debunks the Pessimistic Theory by asserting that population indeed adds pressure on fixed resources, but people are so resourceful and resilient that they tend to innovate under adversity.8

Econometric analyses from numerous cross-country studies have revealed that when controlling for factors like country size, openness to trade, educational attainment, and quality of civil and political institutions, there is little evidence that population growth impedes or promotes economic growth, thereby supporting a neutralist view.9 In other words, after controlling for the factors, the negative correlation between economic growth and population growth, as outlined by the Pessimistic Theory, disappears. Neutralist Theory has been the dominant view since the 1980s, and in line with that view, the policy makers has accorded population size and growth a marginalized position in national policy settings.10 There are wide-ranging opinions amongst neutralist school of thought. While National Academy of Sciences (NAS) concluded in 1986 that "… slower population growth would be beneficial to economic development of most developing countries", and whereas World Bank economist William Easterly suggested in his book - The Elusive Quest for Growth: Economists' Adventures and Misadventures in the Tropics - that in some countries bigger populations can boost economic growth. Both Neutralist and Optimistic Theories take a broad approach on the relationship between population and development arguing that there is multitude of population-related factors that can have both positive and negative impacts on development.11

The three views stated above had discounted the evolving age structure of a population, and which, as stated earlier is arguably as important as population. 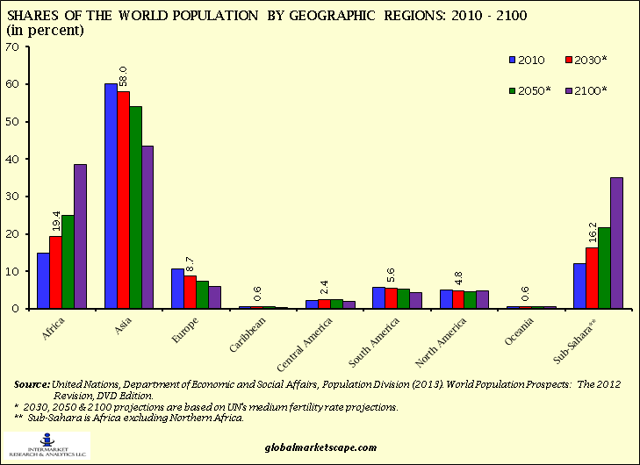 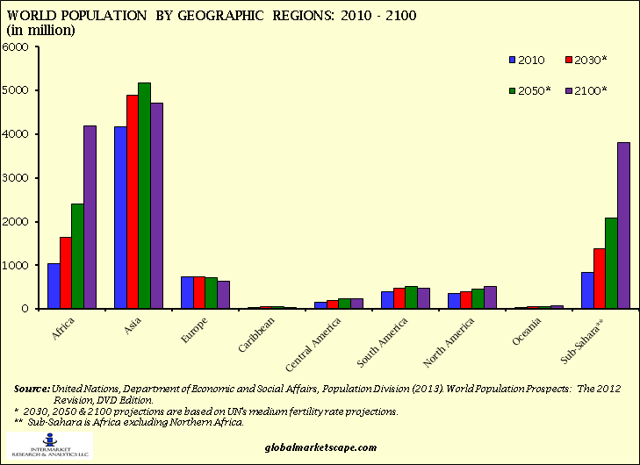 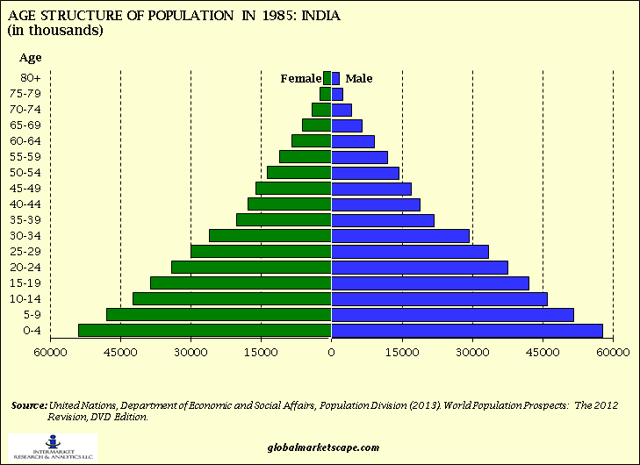