Joseph F. Coughlin, PhD is Director of the Massachusetts Institute of Technology AgeLab. His research focuses on how the convergence of demographic change and technology will drive innovation in business. Dr. Coughlin teaches strategic management and policy innovation and is author of the online publication http://disruptivedemographics.com. He speaks, consults and collaborates with business worldwide.

Ken Gronbach writes on CNBC.com that “Aging Boomers Could Spell Big Trouble for Walmart.” If true, this really is disruptive demographics when the world’s largest company is thought to be stumbling because its baby boomer customer is ch-aging.

Gronbach notes that despite Walmart’s (NYSE: WMT) strategy to be more efficient (tuning up its world renown supply chain strategy), more customer-focused with its Project Impact initiative, more top of mind with a $1.6 billion spend in advertising making it the 5th largest advertiser, the retail giant achieved less than 2 percent growth in the last three quarters of 2009. Why? Gronbach suggests it is because Walmart is chasing a shrinking market – the baby boomer. Older and consuming less, the baby boomer consumer that was the basis of the Walmart success may now be its Achilles heel. He hypothesizes that trying to hold on to the boomers is distracting Walmart from the future – the younger X and Y generation consumers. 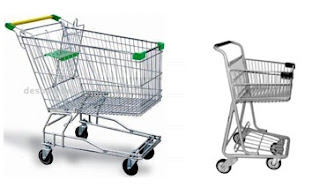 Demographics are more than numbers – behind the curves and projections there are lifestyles and behaviors. Before Walmart or anyone throws out the boomers with the bath water – a few demographic lifestyle realities should be considered:

While demographics is said to be destiny, consumers no longer behave according to the life stage models that many companies have come to rely upon. Research at the MIT AgeLab indicates that traditional approaches to generational marketing must be tempered with understanding life’s changing context, new technology, and the realization that attitudes as well as consumer expectations remain dynamic across the lifespan. AgeLab’s research in consumer engagement and retail suggests that the future will be different and it is likely to be smaller too. Smaller household sizes may require product manufacturers and retailers to rethink package size, reconsider what is the new definition of convenience for home alone households, and redesign the store experience and formats for consumers of one or adult daughter-boomer mother shopping safaris.

Walmart’s mammoth market size was achieved because it is a learning organization. Elephants are smart creatures and, at times, when they have to please a crowd, have been known to dance. Don’t discount Walmart – or the boomers –just yet.

Joseph Coughlin is Director of the Massachusetts Institute of Technology AgeLab where he conducts research on aging, business and innovation. He is author of the online publication www.disruptivedemographics.com

Disclosure: No positions
To ensure this doesn’t happen in the future, please enable Javascript and cookies in your browser.
Is this happening to you frequently? Please report it on our feedback forum.
If you have an ad-blocker enabled you may be blocked from proceeding. Please disable your ad-blocker and refresh.