Diarrhea-predominant irritable bowel syndrome (IBS-d) is a functional bowel disorder characterized by chronic abdominal pain and frequent diarrhea, which affects approximately 28 million patients in the U.S. and the major markets in Europe.

Although the exact cause of IBS-d is not known, symptoms are thought to result from a disturbance in the way the gut and nervous system interact. IBS-d can be extremely debilitating and there are limited therapeutic options for managing the chronic symptoms.

IBS-d is associated with economic burden in direct medical costs and indirect social costs such as absenteeism and lost productivity, along with decreased quality of life.

Eluxadoline had a favorable tolerability and safety profile in the trials.

Eluxadoline is a novel, orally active investigational agent with combined mu opioid receptor agonist and delta opioid receptor antagonist activity which acts locally in the gut and has very low oral bioavailability. This dual opioid activity is designed to treat diarrhea and pain symptoms of IBS-d, without causing the constipating side effects that can occur with unopposed mu opioid agonists. 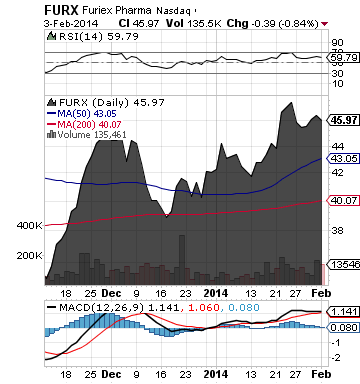 Keep a close eye on WSTL. The company reported strong performance on its financial results. 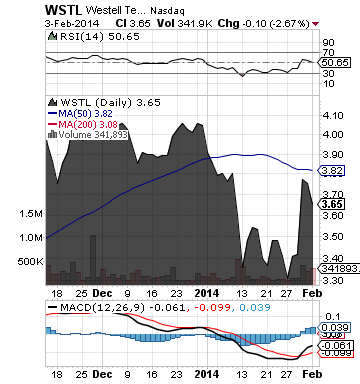 WSTL is a global leader of intelligent site and outside plant solutions focused on the high value/growth edge and access networks.