Disney owns the rights to some of the most famous characters ever created, including Mickey Mouse and Winnie the Pooh. These characters and others are featured in several theme parks Disney owns or licenses around the world. Disney makes live-action and animated films under several labels and owns ABC, Disney Channel, and ESPN. Disney also owns a 42.5% stake in A&E, The History Channel, and Lifetime Networks. The company generates about 25% of its sales from outside the United States.

Estimated WACC for the firm today is 10.70% using the Capital Asset Pricing Model and the company's recent SEC filings. 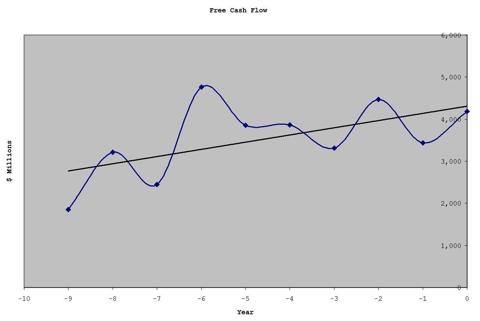 Scenario 2
All else being equal,