Respect for the rights of others means peace.

Bee colonies can die in several ways. One of those ways is the Colony Collapse Disorder whereby a large proportion of the colony's worker bees suffer a sudden death, although the queen remains alive. The death of colonies due to Colony Collapse Disorder has been increasing over the last few years. In the United States, this has caused annual colony losses to increase from the usual range of 10 to 20%, to over 30%. Some studies have associated this disorder with Bt crops. Bt crops, which are sold by Monsanto (MON) and Syngenta (SYT), are crops genetically modified to include a gene of Bacillus thuringiensis, a bacterium related to Bacillus anthracis, the cause of Anthrax. The added Bt gene enables the genetically modified crops to produce a toxin deadly to insects. And, thus, by being the ones in contact with Bt crops when foraging, only the worker bees suffer a sudden death.

Chart 1: Number of bee colonies in Germany since 1991 (in thousands)
Source: Der Spiegel 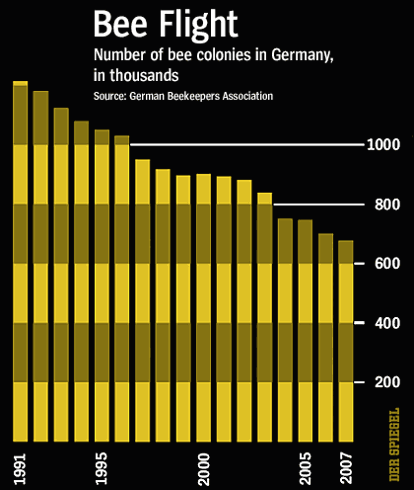 Chart 2: Number of bee colonies in the US since 1945 (in millions)
Source: UNEP, Global Honey Bee Colony Disorder and Other Threats to Insect Pollinators. 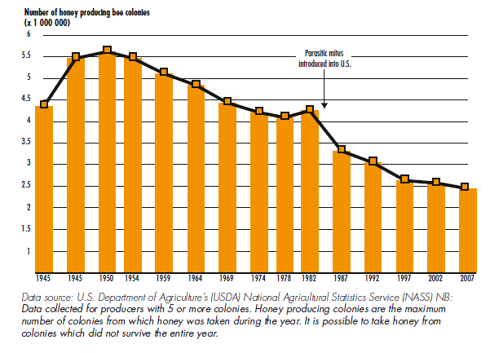