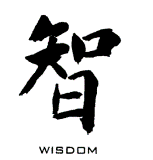 Prior instances of this scheme have been called the "Airplane Game" and the four tiers labelled as "captain," "co-pilot," "crew," and "passenger" to denote a person's level. Another instance was called the "Original Dinner Party" which labeled the tiers as "dessert," "main course," "side salad," and "appetizer." A person on the "dessert" course is the one at the top of the tree. Another variant, "Treasure Traders," variously used gemology terms such as "polishers," "stone cutters," etc. or gems like "rubies," "sapphires," "diamonds," etc.

Such schemes may try to downplay their pyramid nature by referring to themselves as "gifting circles" with money being "gifted." Popular schemes such as the "Women Empowering Women" do exactly this.

Whichever euphemism is used, there are 15 total people in four tiers (1 + 2 + 4 + 8) in the scheme - with the Airplane Game as the example, the person at the top of this tree is the "captain," the two below are "co-pilots," the four below are "crew," and the bottom eight joiners are the "passengers."

The eight passengers must each pay (or "gift") a sum (e.g. $1000) to join the scheme. This sum (e.g. $8000) goes to the captain who leaves, with everyone remaining moving up one tier. There are now two new captains so the group splits in two with each group requiring eight new passengers. A person who joins the scheme as a passenger will not see a return until they advance through the crew and co-pilot tiers and exit the scheme as a captain. Therefore, the participants in the bottom 3 tiers of the pyramid lose their money if the scheme collapses.

If a person is using this model as a scam, the confidence trickster would make the lion's share of the money. They would do this by filling in the first 3 tiers (with 1, 2, and 4 people) with phony names, ensuring they get the first 7 payouts, at 8 times the buy-in sum, without paying a single penny themselves. So if the buy-in were $1000, they would receive $8,000, paid for by the first 8 investors. They would continue to buy in underneath the real investors, and promote and prolong the scheme for as long as possible to allow them to skim even more from it before it collapses.

Although the 'Captain' is the person at the top of the tree, having received the payment from the 8 paying passengers, once he or she leaves the scheme is able to re-enter the pyramid as a 'Passenger' and hopefully recruit enough to reach captain again, thereby earning a second payout.