Peter Liese is a German physician and politician. He is also tasked with guiding reform of the EU Emissions Trading System through European Parliament. According to Bloomberg, he plans to propose an amendment to existing provisions which would limit "excessive" price increases for carbon credits, following an historic rise in the cost of credits. 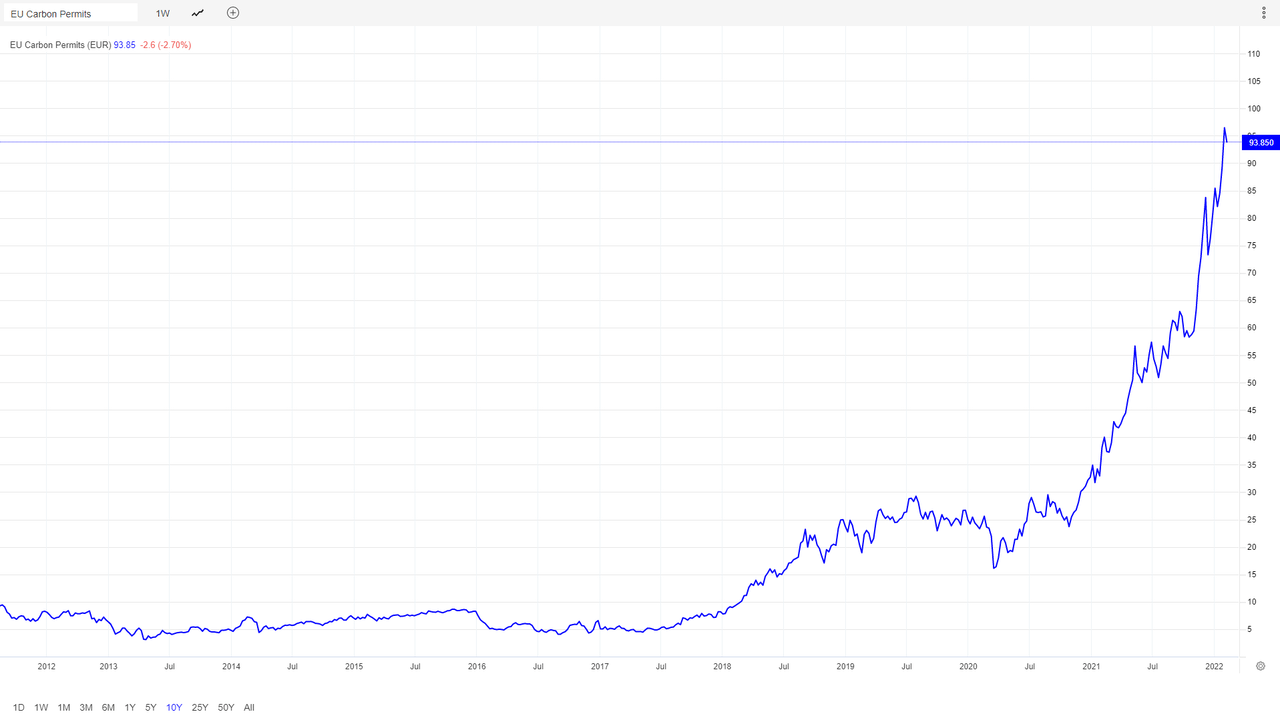 Since 2005, the EU program has imposed shrinking caps on emissions from manufacturers, power producers and transportation businesses across Europe. As nuclear capacity on the Continent has fallen, and alternate forms of low-carbon energy have underperformed, Europeans have turned to gas and coal for energy. Increased use of the carbon-intensive fuel sources has created a bidding war for credits, lifting prices almost 300% from pre-pandemic levels.

Any intervention to suppress the price of credits would help Europe's industrial base regain some degree of competitiveness. Large carbon emitters with assets in Europe, like Arcelor (NYSE:MT) and Alcoa (NYSE:AA), would stand to benefit from improved costs structures. Perhaps more importantly, reduced carbon prices would lower energy costs for consumers in counties with carbon-intensive power generation. Germany and Poland are the largest consumers of coal in Europe.

A reduction in carbon prices should benefit carbon-intensive energy commodities. So if Mr. Liese is able to navigate European Parliament and reduce the price of carbon credits, coal producers like Peabody (NYSE:BTU) and Consol (NYSE:CEIX) stand to benefit. As do natural gas producers like Equinor (NYSE:EQNR), Vermilion (NYSE:VET) and Shell (NYSE:SHEL).