U.S. consumer spending in February increased from January's pace, with retail spending (excluding auto) rising 8.7% Y/Y and 17% vs. the prepandemic level in 2019, according to the Mastercard SpendingPulse report.

The numbers reflect the higher inflation rate and a wardrobe makeover as office workers return to the office. 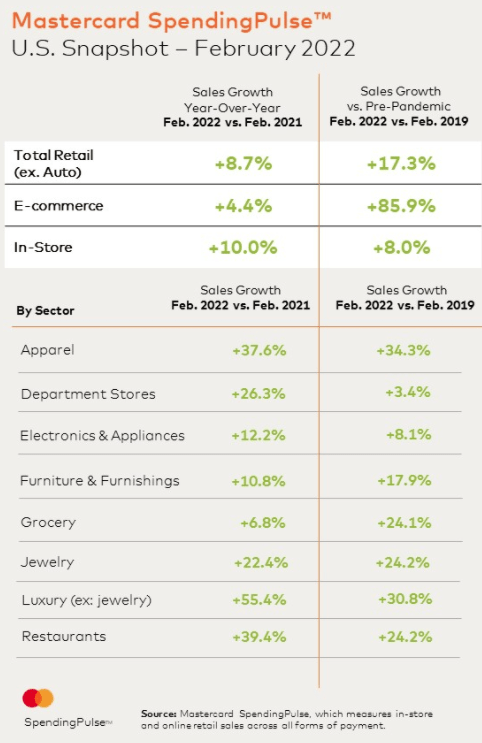 "Despite inflation, consumers are putting their record savings to work and expressing themselves through fashion again — much to the benefit of the apparel, department store, luxury and jewelry verticals, according to Mastercard SpendingPulse," said Steve Sadove, senior advisor for Mastercard and former CEO and chairman of Saks.

On Tuesday, Bank of America (NYSE:BAC) said strong consumer spending continued in February as its consumer clients made $294B in payments.