Fund managers are bracing for a further decline in stocks as "fear of a fast and furious Fed" has global growth optimism to an all-time low, according to the latest BofA survey out Tuesday.

The April survey of 329 panelists with $929B in assets under management saw global growth optimism fall to -71%, eclipsing the low of August 2008.

That suggests a further decline in net equity allocation, according to BofA, which remains in the sell-the-rally camp (see chart).

The January and February stock selloff that saw a correction of about 12% in the S&P 500 (SP500) (NYSEARCA:SPY) and a bear-market decline of nearly 20% in the Nasdaq 100 (NDX) (NASDAQ:QQQ) was the "appetizer not main course of '22," strategist Michael Hartnett wrote. 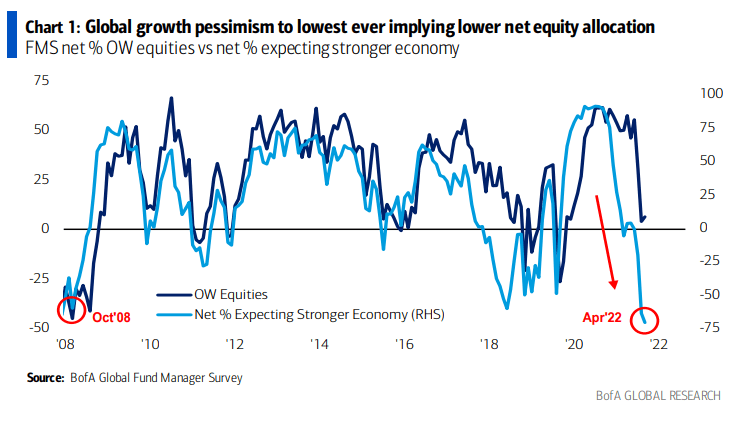 A global recession supplanted the Russia/Ukraine war as the top tail risk, with 26% of respondents citing it, up from 21% in March.

Hawkish central banks were a close second at 25%, up sharply from 9% in the previous survey. Inflation came in third at 21%, up from 18%. Asset bubbles and COVID-19 rounded out the top six. 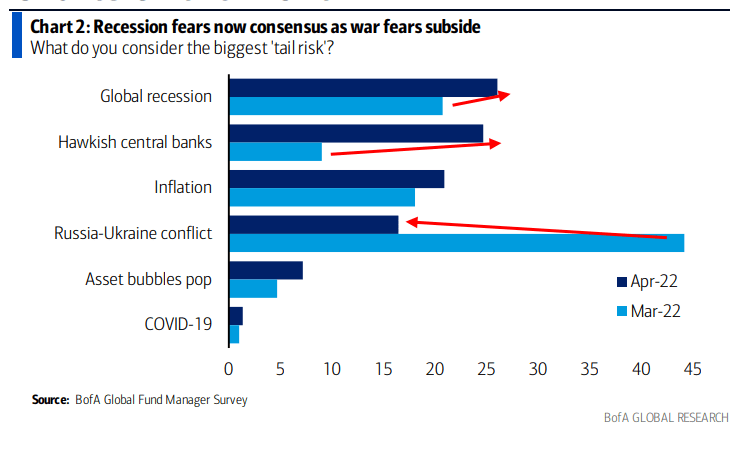