The copper producer had reported mixed results in Q4, beating earnings estimates but falling short on revenue. Q4 net income jumped to $1.11B from $708M in the year-ago quarter and revenue climbed 37% to $6.16B. 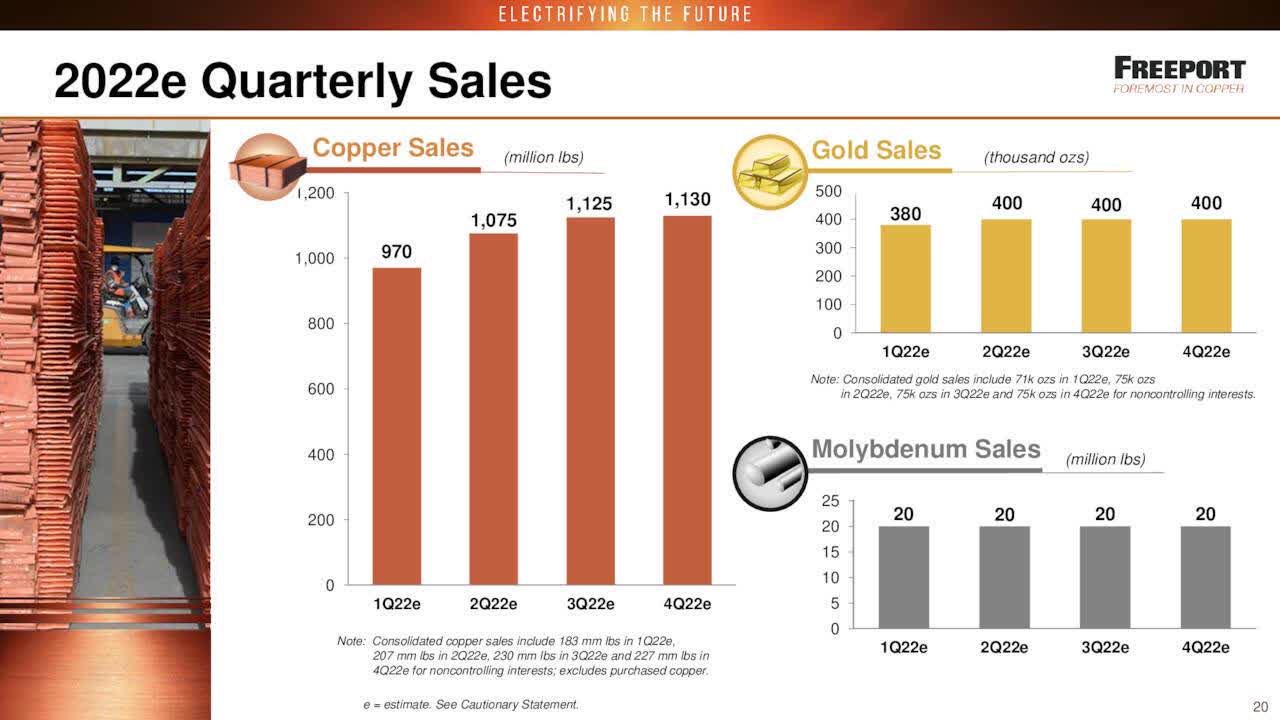 Jefferies analyst Chris LaFemina raised his price target to $65 from $58 as Freeport rallied in March to its highest level in nearly a decade, driven by price jumps for industrial metals following Russia's invasion of Ukraine.

The miner is "in a position to deliver consistently high capital returns," according to the analyst, with share buybacks and dividend raises announced in November just the beginning. Freeport-McMoRan declared a $0.15/share quarterly dividend in March, up from a prior dividend of $0.075.

Copper prices are trading near all-time highs (HG1:COM), with Goldman calling for new records this summer, as rising demand and increased political risk in Peru and Chile threaten to further tighten the commodity market.

Recent SA contributor analyses have been mixed, though. Stone Fox Capital noted that despite global economic issues amid a war in Ukraine and a major Covid shutdown in China, copper prices remain near all-time highs and Freeport (FCX) remains one of the best ways to play the strength. However, Harrison Schwartz warned that if operating costs rise faster than copper prices, Freeport (FCX) may soon see a sharp reversal in profit margins.

Take a look at how Freeport-McMoRan (FCX) key stats compare with those of its peers here.