National Economic Council Deputy Director Bharat Ramamurti told the Press Thursday that the White House is considering a "windfall" profits tax for US oil (USO) and gas (UNG) producers (XLE). The news follows a similar tax announcement in the UK, and proposal in the US Senate. Following the UK's move, it appeared that risk of a similar tax in the US largely relied on support from swing votes in the US Senate. However, as prices for gasoline approach $10.00 per gallon in select regions of the country, political pressure is mounting.

Unlike the UK, the US is a large producer of oil and gas. The US has the potential to meaningfully grow production and impact global balances. The shale revolution balanced global oil markets for most of the past decade, and natural gas exports are now doing the same in global LNG markets. The benefits of rapid production growth accrued to the US population at large, cutting oil prices by over half and natural gas prices by more than 75%. Contributing to a near decade of rapid economic growth and low inflation. The benefits did not accrue to investors in the sector, as aggressive capital spending and reduced commodity prices resulted in record bankruptcies: 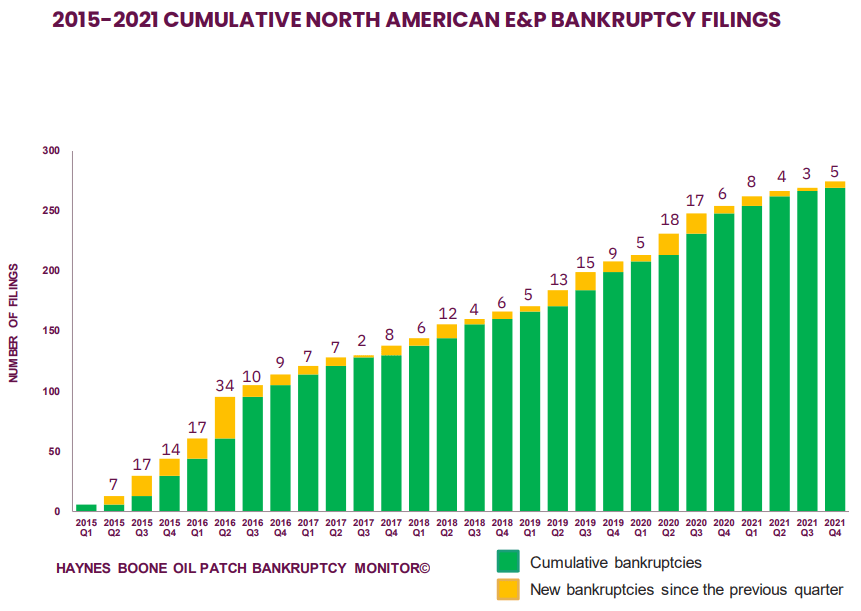 Energy is a cyclical industry, where losses in bad years are recouped in good years. In aggregate, the US energy industry has been (by far) the worst performing sector in the market over the past decade, despite a near doubling in production. Thus taxing "windfall" profits in good times is likely to discourage investment through the cycle. A fact that many policy makers understand, but few share publicly when gasoline prices are hitting all-time highs. With the White House now considering the tax, markets are sure to remain laser focused on public comments from Senator Manchin and other moderate Democrats in coming weeks.

For investors, the tax could be a blessing and a curse. Were producers to reduce through-the-cycle investment in the US, it would sow the seeds for sustained, high oil and natural gas prices globally. This would be offset by tax headwinds for US-focused producers like Devon (DVN) and Pioneer (PXD). When taken together, high prices and high US taxes would benefit producers focused outside the US (and UK). Stable government policy in Norway (EQNR) (OTCPK:DETNF) would be one investor-friendly jurisdiction, while operators offshore Africa (KOS) (OTCPK:AOIFF) would be another. Super-majors like Shell (SHEL) and Exxon (XOM) would see relatively smaller headwinds from Washington, but benefit greatly from assets abroad. Reduced US investment would mean reduced onshore investment, which could result in offshore drillers being the major beneficiary of a US windfall tax.