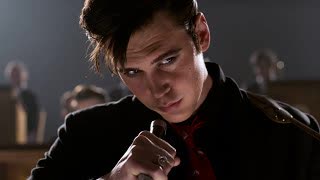 A heated weekend box-office battle came down to Sunday-night receipts and ... it turns out Elvis is still the King.

Sunday estimates had two films in a weekend dead heat at $30.5M each - Elvis (NASDAQ:WBD), the new musical biography of Elvis Presley helmed by Baz Luhrmann, the director of films including Moulin Rouge and Strictly Ballroom; and Top Gun: Maverick (NASDAQ:PARA) (NASDAQ:PARAA), the sequel that's turned out to be star Tom Cruise's biggest hit.

But final results favored Elvis, which hit a total of $31.1M, while Maverick landed at $29.6M, with each film in nearly 4,000 theaters. Each film surpassed the third-week take of Jurassic World Dominion (NASDAQ:CMCSA), which saw business fall off 55% week-over-week to land at $26.4M.

And each of the top two films can count a victory: Elvis posted up strong for Warner Bros. (WBD) for adult drama in a season of blockbusters, while Top Gun: Maverick is showing unprecedented staying power in its later weeks of release. Its business dropped just 32% in its fifth week in theaters, in a time when other films often drop off 50% every week.

It's the second movie of the COVID-19 pandemic era to crest $1B globally, following Sony's (SONY) Spider-Man: No Way Home.

Meanwhile, a strong performance of $23.4M from horror entry The Black Phone (CMCSA) marks the first time in pandemic times that four movies crossed $20M in a single weekend. It was just ahead of Lightyear (DIS), with $17M.