A rise in the number of biologic drugs approved along with the large number of COVID-19 vaccine doses being produced is spurring growth in the contract injectable manufacturing industry.

In a recent report from GlobalData, the U.S. FDA approved the highest number of biologic drugs in 2021. Unlike standard medications, which can be given orally, biologics must be given via injection.

The report also found that an increasing number of biologics approvals are going to small and mid-sized pharma companies. This is important as they are less likely to have the capabilities to produce biologics and need to outsource production.

But even large and mega-cap pharmas are turning to contract injectable manufacturers, the report noted, as many new biologics are complicated cell and gene therapies.

The report noted that the largest primary packaging type for injectables are vials. That could benefit companies like West Pharmaceutical Services (NYSE:WST), which makes stoppers and seals for injectable packaging systems, as well syringe and cartridge components. Similar companies include Nipro Corp. (OTC:NPRRF) and Gerresheimer (OTCPK:GRRMF). 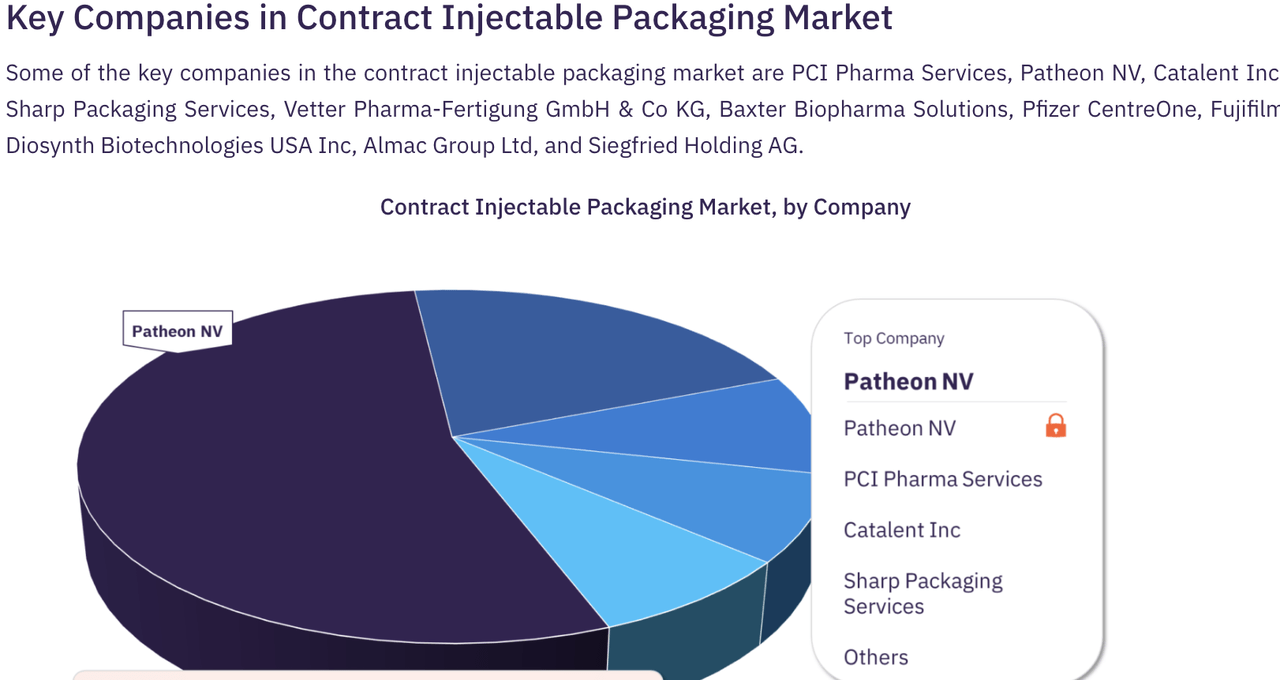 Catalent (NYSE:CTLT) is another key company in the market. In July, the company said it was cutting the number of reporting segments at the company to two from four. One of those is biologics.

Seeking Alpha contributor Mayank N. Sharma, who has a buy rating on the stock, noted that Catalent's (CTLT) expansion of primary packaging capabilities in Japan will drive significant growth in the future.

Baxter International's (NYSE:BAX) Baxter BioPharma Solutions' unit could also stand to benefit. The division had revenue of $163M in Q2 2022, an 11% drop from the prior-year period.