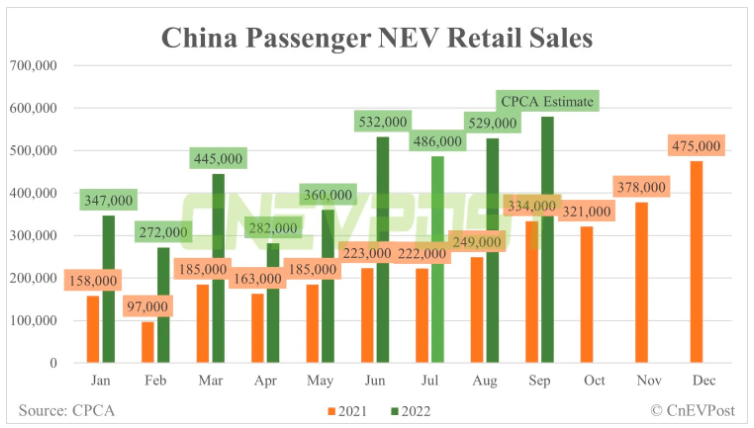 The CPCA said China's automobile sector, which was hit by COVID-19 outbreaks initially in September, started to recover in the second half of the month.

Average daily retail sales are estimated to increase about 33% and 35% Y/Y in the third and fourth week of September, respectively, according to the CPCA.

The CPCA said more consumers may plan on buying NEVs in the near term as China's subsidies for such vehicles are set to expire by the end of the year.