Sterling dropped to its lowest level against the U.S. dollar in history Monday before bouncing back off the lows of the session.

The pound is continuing its selloff from Friday after new Chancellor of the Exchequer Kwasi Kwarteng unveiled a budget of tax cuts and spending that worried traders.

"Cable's 'flash crash' to a record low 1.0350 overnight came as a surprise, however the direction of travel did not, given the dim view that the market has taken on UK assets since Chancellor Kwarteng's fiscal announcements on Friday," Michael Brown, head of market intelligence at Caxton said. "Clearly, investors are becoming increasingly concerned about the unsustainable path that UK borrowing is now on, and the worsening twin deficit problem that the UK will face."

The strong greenback (USDOLLAR) (UUP) is also weighing on oil prices, with Brent crude (CO1:COM) (BNO) falling through $85 per barrel earlier. But buyers have also brought crude prices off their lows in early trading, with WTI (CL1:COM) (NYSEARCA:USO) down 0.6% below $79 and Brent down 0.9%, above $85. (See more on the dazzling dollar from SA contributor Jeff Frankel.)

WTI has round-tripped for the year and looking at the charts, the RSI getting continually rejected at 50 "paves the way for the downtrend to continue," Wolfe Research said. 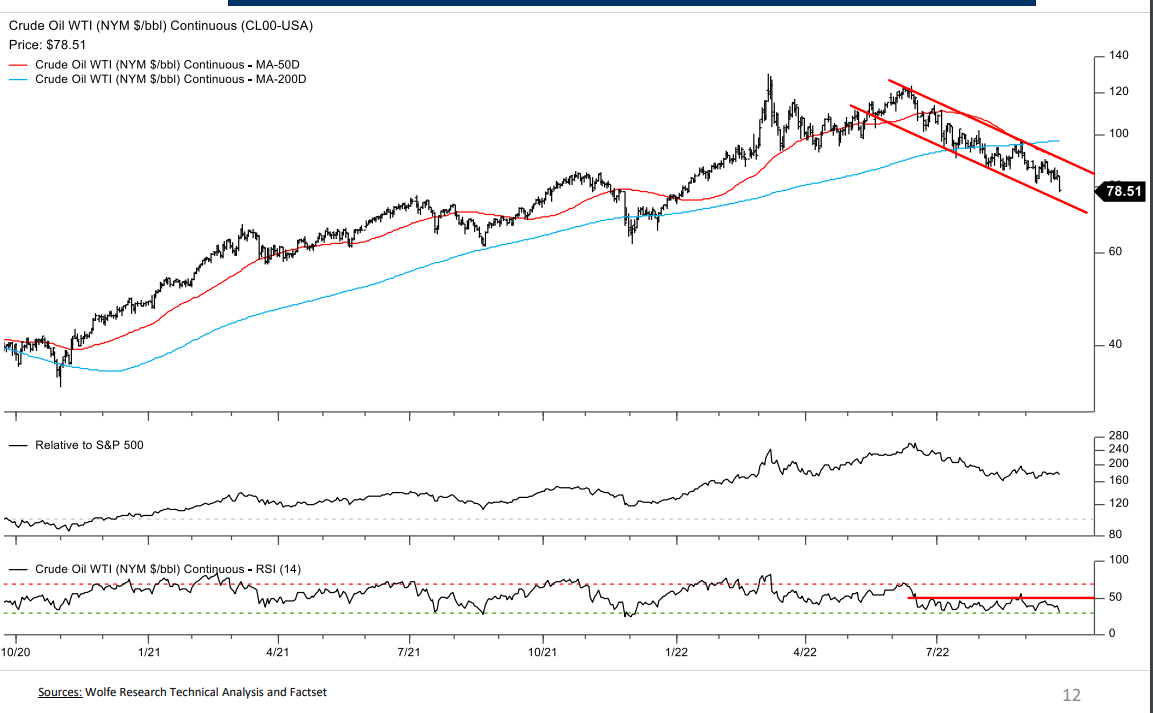