The jobless rate saw an unexpected decline in September, falling to 3.5% from 3.7%.

That took the wind out of the sales of the Fed Pivot crowd, who had been hoping that further evidence of erosion in the labor market after the plunge in job openings reported earlier this week. Labor force participation looked to be the reason for lower unemployment, ticking down to 62.3% from 62.4%.

In the past 60 years there have been 15 Fed rate-hiking cycles and the average unemployment rate at the time of the last Fed rate hike was 5.7%, BofA strategist Michael Hartnett said. 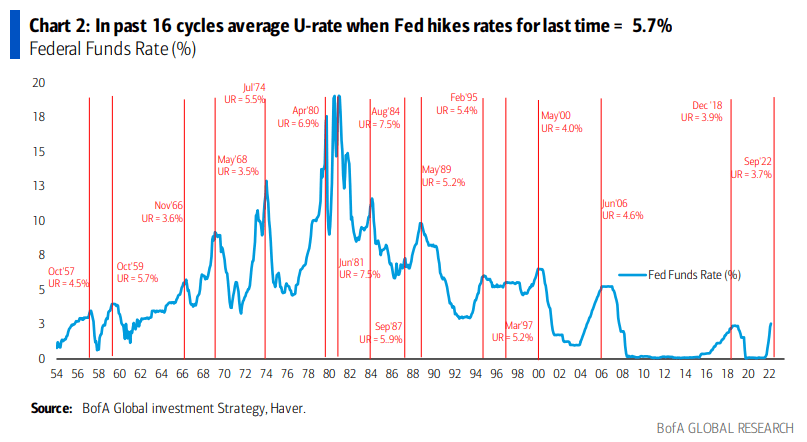 While past events are no predictors of future events, if that trend continued the jobless rate would now be more than 200 basis points away from a Fed finish. If the Fed is truly committed to bringing down inflation to 2%, that boosts the likelihood of a hard landing where the ultimate highs in credit spreads (LQD) (JNK) and ultimate lows in stocks (NYSEARCA:SPY) (QQQ) (DIA) (IWM) have yet to be seen, Harnett said. 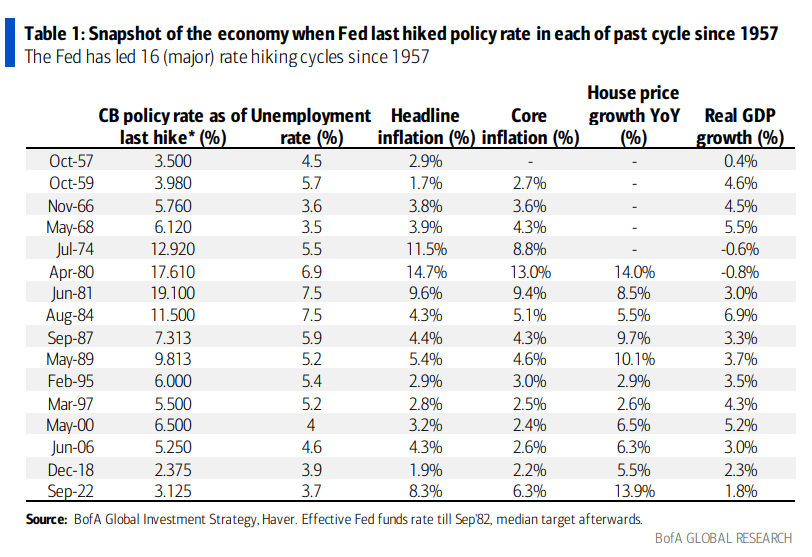 The energy markets (USO) (BNO) (UNG) are simply way too strong for a 3% fed funds rate to bring down inflation, Hartnett added.

It is "so tempting to be contrarian bull (bonds have crashed, US stocks trading 15X forward earnings, everyone bearish; we know yield curve says recession and yield curve always correct (see 13 of past 13 inversions)," he added.

This was corrected on 10/07/2022 at 10:39 AM. The September labor force participation rate was incorrectly stated in an earlier version of this article.