The short-term equity risk premium is back to levels not seen since before the Financial Crisis and cash is piling into bonds, BofA Securities says.

The risk to equities is that this continues via rotation from stocks (NYSEARCA:SPY) (QQQ) (DIA) (IWM) (IWB)," Hartnett said. 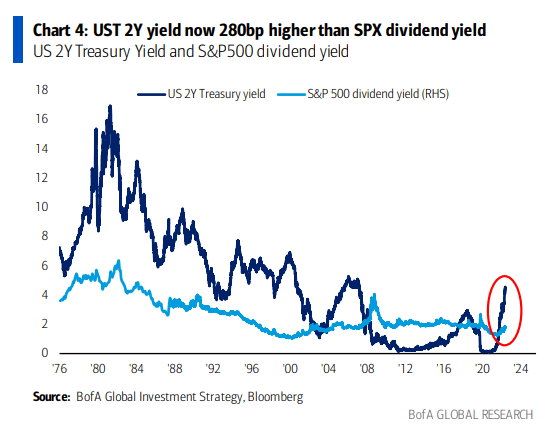 In addition, "US commercial bank deposits (are) down record $360bn since April '22 peak ($18.1tn)," with rotation to T-bills and other debt a big factor," Hartnett added.

But it's important to note that the "last great disorderly drop in bank deposits was 1994 (Orange County, Mexico peso credit events)," he said.

A bullish stock environment could be found, though, if there is a high in the U.S. dollar (DXY) (USDOLLAR) (UUP) that indicates a shift from quantitative tightening to quantitative tinkering. That's where central banks become "petrified of market consequences of liquidity withdrawal" like those seen in the U.K., Hartnett said. 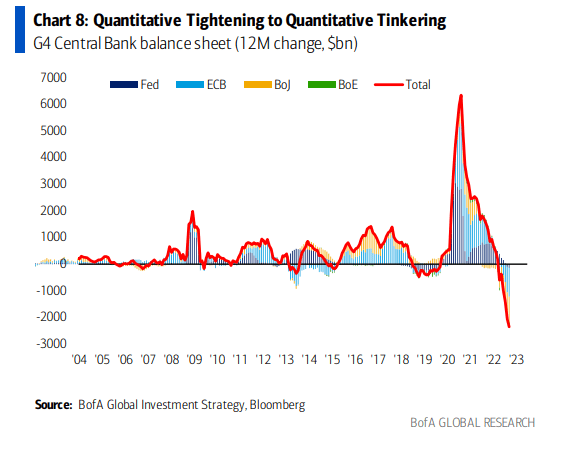 Could the 10-year yield topping 4.5% bring about the sought-after washout in sentiment? 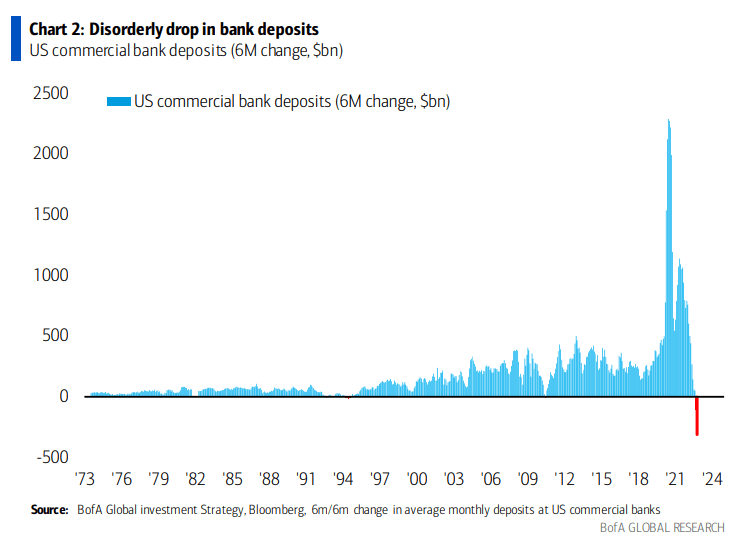