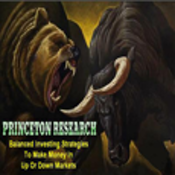 J. Michael “Mike” King is the Director and Chief Economist of Princeton Research, Inc of Nevada, which specializes in economic analysis of public companies, equities, derivatives, and physicals or cash market trends throughout the world. Mike specializes in the creation, development and promotion of small businesses that serve either a social or economic purpose. In 2011 Mike successfully guided Nordic Oil to better energy investment opportunities, namely with Lucas Energy, in the Eagleford Shale in Southern Texas. He directed the purchase and sale of Nordic Oil USA I, LLP oil and gas assets in Gonzales, Karnes and Wilson Counties, Texas. The Nordic LLP was purchased for $9.7 million and sold for $22 million. In 2011 he was made president of Broadleaf Capital Partners in an effort to revamp the company and make it profitable. Princeton Research brings to the attention of prospective investors new and dynamic opportunities. Other ventures include Smiling Wheels Holdings Corporation, a Philippine Corp registered with their SEC for the development of transportation industries, namely large trucks that can navigate rural areas and a taxi service utilizing innovative energy technologies in Manila. He has followed the working of Dr Mohammed Yunis for the development of capitalism in poverty areas. Smiling Wheels also has sponsored the development and harvesting of Mangoes in the most difficult climate environments. Mike co-authors the Market Strategies Newsletter with Charles Moscowitz. Published Sunday evenings the Balanced Investing Strategies Newsletter presents investment news and successful investing strategies for stock, options, precious metals, commodities and ETFs. The newsletter provides investors access to proven Balanced Investing trading techniques, which provide portfolio protection while generating high return investing in up or down markets. Market Strategies text message trading alert service gives subscribers immediate access to winning trades. Over the last 3 years performance for the Market Strategies Trade Alerts $10,000 portfolio has gotten progressively greater each year. In 2013 YTD gains were $28,479 --- Over 284% Returns. By following all trades the $10,000 Portfolio would be worth $38,479. 284% Returns for $28,400 Profits In 2013 171% Returns for $17,100 Profits In 2012 77% Returns for $7,700 Profits In 2011 (only 33 weeks) Mike, a graduate of the Wharton School of Business (Class of ’60) with a Bachelor of Science in Economics and a minor in Engineering, started in business rather early. While still attending Wharton at the U of Pennsylvania, he was one of the founders of Imperial Battery Corporation in Lynchburg,Va. He built and owned the Beaux Jardine Apartment complex in Springfield, Missouri in 1965. Then, while engineering a plant for Chromalloy in Athens, Georgia, he met the individuals who became central in his founding Tuskeegee Mills in Tuskeegee, Alabama in 1966, the first business entity that hired female black women for gainful employment in factory wage-earning jobs. They were so immediately successful that Dr Martin Luther King reproduced them in other locations. After selling his family business he became an employee of Teledyne and continued working for them for many years including last year helping them win a crucial patent case. In working for Dr Henry Singleton he learned much about venture capital and how to make best use of limited capital for maximum growth. As a tournament bridge player in 1969, he won a national championship event teaming up with Michael Lawrence and Bobby Goldman. He then ventured into Wall Street as a broker, trader and principle of his own companies. In 1970, he joined Cogan, Berlind, Weill and Levitt, which bought CBWL-Hayden Stone, which became Shearson-Hayden Stone, eventually merging with Smith Barney and then Citigroup with Mr. Weill at the top as Chairman. Arthur Levitt became Chairman of the SEC. However, along the way, Mike was First Vice President and one of the leading employees for CBWL-Hayden Stone from 1970 through 1973, when the Dow was laboring at just 400. Mike was a member of several futures exchanges; the Chicago Board of Trade the NY Mercantile Exchange, Minneapolis Grain exchange and the N.Y. Futures Exchange. In the seventies he personally handled one of Nelson Bunker Hunt’s Silver accounts until September 28, 1979 when he opted out and liquidated the portion he managed of the account. Contact Us For More Information: Phone: (702) 650 – 3000 e-mail: mike@princetonresearch.com