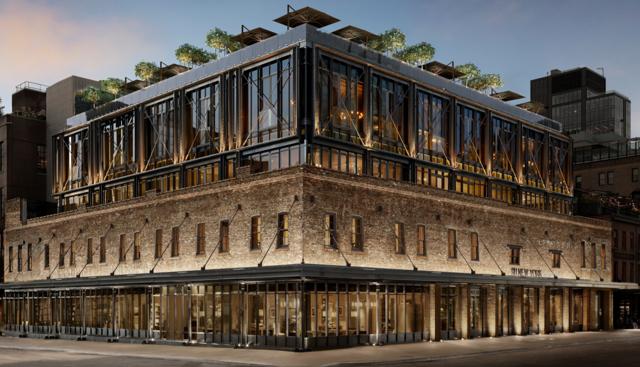 Furniture and home goods disruptor RH (NYSE:RH) continues to absolutely fly higher. The stock was cut in half, more or less, earlier this year, but has since risen a staggering 144% just since the June bottom. RH shareholders are certainly no stranger to volatility, as this stock has made enormous moves in both directions for years. Despite this move, I think RH still has room to run for the long-term given the outstanding performances the company continues to turn in.

RH is still producing for shareholders

RH's story has been an interesting one to watch develop over the years, but the bottom line is that the company remade itself in recent years to a subscription-based, ultra-luxury home goods and furniture destination. In addition, some of its larger galleries have restaurants to help drive traffic to the store that otherwise wouldn't be there. This is one of the key differentiators for RH, and why it believes it is disrupting physical retail. I tend to agree, and I've been very supportive of RH here on Seeking Alpha over the years, in part, for this very reason.

But the company's strategy isn't just a lofty, idyllic goal; it is translating into real money and real growth. Below, we can see RH's revenue growth from the past several years that has been afforded to the company because of its strategic moves, and indeed, the success of those moves.

Revenue was just over $500 million in 2005, cresting at $722 million in fiscal 2008, just before the financial crisis sent RH's revenue growth rate below zero for two years. However, since then, it has been growth on top of more growth, with some truly eye-popping numbers in some of the years. In fact, there were five consecutive years following the financial crisis with at least 20% annual revenue growth, which is truly outstanding. More recently, RH's scale has made those sorts of numbers more difficult, but still, we are seeing the top line move in the right direction.

Below, we can see that analysts believe the party will continue for years to come, and the company has guided as such.

This chart shows years of steady mid-single-digit revenue growth in the pipeline, which will accrue from new galleries being opened, as well as comparable sales gains from the existing base. For reference, revenue growth in the first nine months of this fiscal year has amounted to 8%, which is very strong indeed.

As mentioned, revenue growth isn't what it once was for RH, but this steady tailwind for the top line will prove quite valuable when it comes to translating those revenue dollars into earnings.

The reason is because RH has been fanatical about its margins in recent years, and as we can see below, that obsession is paying off in a big way.

Gross margins reached their nadir in fiscal 2017, which corresponded to calendar 2016 for the most part, at just 33% of revenue. That's low for any retailer, and while furniture-heavy businesses tend to have somewhat low gross margins, RH was struggling, even accounting for that. However, the past two years have seen gross margins fly higher to 40% of revenue, an outstanding result to say the least. Gross margins have improved even further for fiscal 2020, rising from 39.7% of revenue in the year-ago period, to 41% thus far this year.

But that's not the whole story on margins, as SG&A costs play a big role in operating income. SG&A costs have remained roughly flat over the years in the area of 28% of revenue. Since this number is deducted from gross margins to derive operating margins, it is critically important. Comparing the first three quarters of this year to the same period last year, we get a similar story of improvement; SG&A costs have declined from 30.3% of revenue to just 27.8%.

In total, that means operating margins for this period have increased from 9.4% of revenue in the first three quarters of last year to 13.2% this year. That is nearly unbelievable profitability growth, and RH deserves a lot of credit for executing on its strategy.

Looking forward, RH sees a lot of additional margin improvement, and even raised its long-term operating margin target to 20%. Keep in mind that even after an enormous improvement so far this year, RH is at 13% operating margin, so there is a huge runway according to management's outlook.

RH sees further improvement coming from improvements in the sourcing of its rugs, the payoff from its recent investments in RH Beach House and RH Ski House, supply chain and outlet store rationalization, and others.

In other words, there is still potentially a long way to go for RH's margins, and that is translating well into earnings growth.

Thus far this year, net income on a dollar basis is up 40%, while diluted earnings per share are up 57% thanks in part to a materially lower share count.

The good news is that analysts continue to see steady growth out to ~$15 per share in the coming years, a number that appears to be a bit light in my view. Management has guided for $5 billion in North America revenue alone over the long-term, and we know that operating margins are expected to rise to 20%. That implies a billion dollars in long-term operating income just from North America, while RH has plans to expand internationally.

While these are long-term goals, it has been very evident in recent years that RH is making progress towards its goals more quickly than expected. I believe that will continue to be the case given the bullish long-term guidance provided in the Q3 report, and the actual results the company has been producing. Keep in mind that RH has been using excess cash to buy back stock in a big way, reducing the float in the low double digits in the first nine months of this year alone.

Given the capital-light model the company operates with, and soaring profitability, it stands to reason it will continue to do this. With mid-single-digit revenue growth, an estimated mid-single-digit tailwind from the buyback, and continued margin improvements, I think we can reasonably expect low-teens or better EPS growth annually. RH has proven over time that it can achieve such a goal, and I'm not willing to bet against it.

Speaking of the buyback, not only is RH making more money per revenue dollar than it has in the past, but it also has a laser focus on cash efficiency, with one example below.

This is the company's average days of outstanding inventory on a quarterly basis since the beginning of calendar 2016. What it shows us is that RH has steadily seen its average days of inventory outstanding decline over time as it has become much more efficient with its inventory dollars. This means that not only do fewer markdowns need to be taken to clear old inventory, which improves margins, but it also means the company's cash isn't sitting for months in inventory. That frees up cash for other things, including investments in the business, and buying back its own stock, because it needs less cash to fund the inventory the business needs. This is just another leg in the stool of RH's long-term strategic plan coming to fruition and illustrates the immense focus the management team has on improving every aspect of the business, not just the headline revenue and earnings numbers.

In case you couldn't tell, I'm still very bullish on this company's prospects longer-term. I think it has years of strong earnings growth in front of it, and importantly, it has several levers it can pull to get there. Revenue growth should continue at a moderate pace, margins are moving higher at a much faster rate than I previously expected, and the buyback is seeing the share count decline meaningfully. This means that RH should have no problem producing double-digit EPS growth for years to come.

Of course, there are risks. We saw above that during the last recession, RH's revenue and earnings plummeted. I have to imagine that will happen again the next time that sort of unpleasantness occurs, so that is a longer-term risk that will no doubt at least temporarily derail the bull case. There is no indication we are at or even near such an event, but recessions hurt furniture and home goods companies, so RH will suffer.

The other risk is that RH fails to execute on its long-term margin and revenue plans, but given how this company continues to smash its own very bullish guidance, I see this risk as minimal. RH has a plan in place that isn't just a dream; it is actually working today. So long as the management team doesn't materially change course, we'll continue to see higher revenue, higher margins, and a lower share count. What more could one ask for?

At ~16 times next year's earnings estimates, RH still looks cheap, which is sort of unbelievable considering the ~140% rally we've seen in just a handful of months. But RH was ridiculously cheap then, and the rally has simply put the valuation back where it should have been all along. I think RH has a very long runway for growth in front of it, and Q3 results have once again confirmed just how good this company really is; RH remains a buy.

Josh Arnold
20.87K Followers
Author of Timely Trader
Maximize your gains through live trading with alerts ahead of market trends

I've been covering financial markets for nine years, using a combination of technical and fundamental analysis to identify potential winners early, particularly when it comes to growth stocks.