Real estate mogul Barry Sternlicht’s Starwood Property Trust reported solid earnings of $153 million ($0.52 per share) for Q3 2019. Of this, $109 million was contributed by the company’s Commercial and Residential Lending unit.

This event has passed, and though Starwood (NYSE:STWD) looks bullish on the monthly charts, every investor would be keen to know what the future holds because 2020 is expected to be a volatile year, full of surprises. 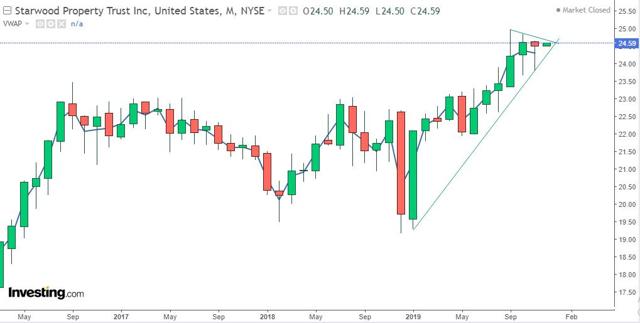 Here’s my analysis of what 2020 has in store for Starwood:

WeWork paid $850M for the entire Lord & Taylor 660K SF building (424, Fifth Avenue, NY). The rent agreed on was $105 per SF, way over the existing $80 per SF in the area. Starwood Property along with a couple of other lenders financed the deal. Starwood financed $229 million (of the $500 million first mortgage loan), and the entire $150 million senior mezzanine loan. There's also a $250 million junior mezzanine loan, that’s subordinated to Starwood.

Now what will happen if WeWork declares bankruptcy in 2020? That’s the question haunting investors.

The reasoning assures us that the loan will remain good even if WeWork goes bankrupt. This should soothe shareholder’s frayed nerves.

The Dems are Coming?

Barry Sternlicht’s very nervous about the Democrats winning 2020. If it plays out, he fears that tax rates on the wealthy will rise, making them leave cities like San Francisco and New York. With the moneybags gone, and with the population shrinking, it’s going to be a tough ask running properties profitably. He also cites the removal of deductions from the blue states as a red alert.

Starwood has already started factoring in this risk into its lending plans. If the Democrats win, Starwood will lie low – there’s no other option. 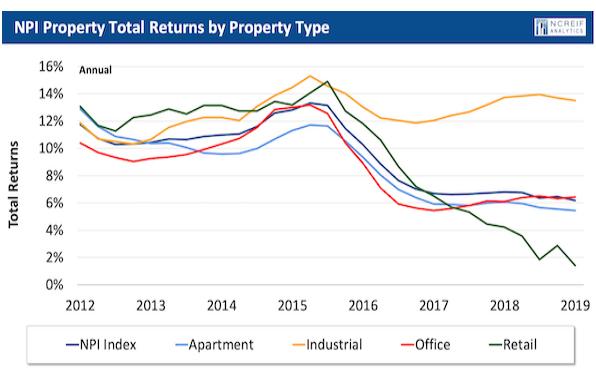 And, well, Starwood is majorly into commercial real estate lending and retail represents a nice little chunk of business. However, Starwood’s current yields are majorly diverging from the industry average: its wholly owned assets enjoy a blended cash yield of 13% (for Q3 2019), and the average occupancy this year was steady at 97%. Looks good, but shareholders must track this space. 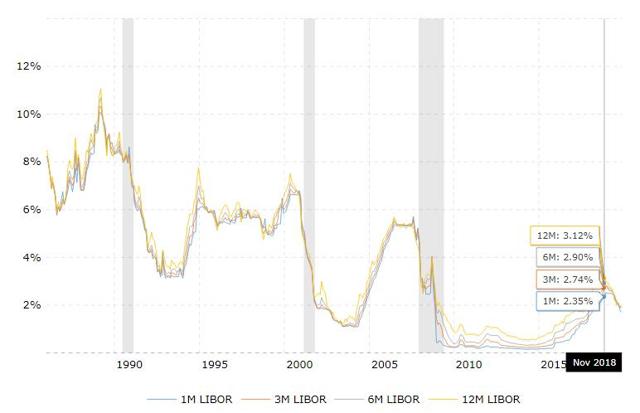 LIBOR rates have dropped from 3.12% to 2.35% in the last 12 months, and the momentum is towards south. This is incrementally profitable news for the company.

Per Starwood’s internal valuation, their property portfolio (currently valued at $3 billion) has an embedded gain of $800+ million over its carrying value. That’s good to know because if a black swan lands, the company’s asset prices will keep it going.

The Mall at Wellington Green

Starwood Capital Group’s Starwood Retail Partners bought the mall in 2014 for $341.1 million and Starwood Property Trust owns a part of it. In 2019, one of its key anchor tenants (Nordstrom) exited and the property value has since dropped to $170 million.

Starwood Property Trust has proposed redevelopment tweaks to bring back the buzz. Building a crystal lagoon, multifamily units, restaurants, entertainment space, hotel, and a beach around the lagoon has been proposed. It’s a complicated situation and it’s still up in the air. As I write this piece, there are reports that the loan has been sent for special servicing.

On the flipside, risks to the retail industry because of ecommerce, The Wellington Mall issue, the absence of Chinese (due to the on-going trade war) are the negatives.

Contingent events such as the Democrats or Republicans winning 2020 will impact the company negatively or positively, respectively.

So, should you buy Starwood Property Trust (STWD) now? I'll let you know in 2021.