A lot has changed in my perception of Allakos (NASDAQ:ALLK) over the 2 years that I have been covering them. The principal change has been the discovery that the market size of the eosinophilic diseases it targets was underestimated until recently. I covered this issue in detail in my most recent article. In 2019, I had quoted the company 10-K as follows:

It now appears that the number of patients may be more like 6-7 times that number, or 2 million, according to data cited by Cantor Fitzgerald analyst Emma Nealon. This data comes from a prevalence study undertaken by Allakos and presented at Digestive Disease Week (DDW) 2021. Prevalence studies, especially when conducted by the company with a drug at stake, are of dubious validity. Investigators need to ensure that the study sample is representative enough of the general population of patients in the indication studied, and that no bias creeps into the study. Now, the following map shows the locations of the 20 study centers: 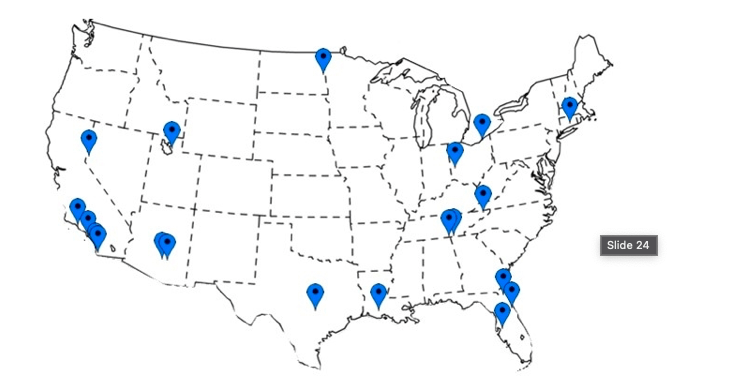 So the study was broad based in the US, and there were no localisations, generally speaking. What's important is that across these different centers, study results were consistent. The study population, although small compared to the total patient population, was representative of a typical GI community practice according to the company.

In this study, there were 405 patients with a long history of GI problems who met the symptoms criteria of the study and were biopsied. 45% of these patients met the histologic criteria for EG/EoD. Extrapolating that to GI patient population estimates, the study sees a 2 million strong population of EG/EoD patients.

This estimate changes everything. EG/EoD has no approved therapies, and while a number of companies are developing therapies, Allakos is in an advanced stage here. It has had excellent trial results for lirentelimab (AK002). The phase 2 ENIGMA study saw the molecule producing "clinically meaningful and statistically significant benefits when compared to placebo across all prespecified primary and secondary endpoints, including reductions in gastrointestinal tissue eosinophil counts and patient-reported disease symptoms." Data was as follows: 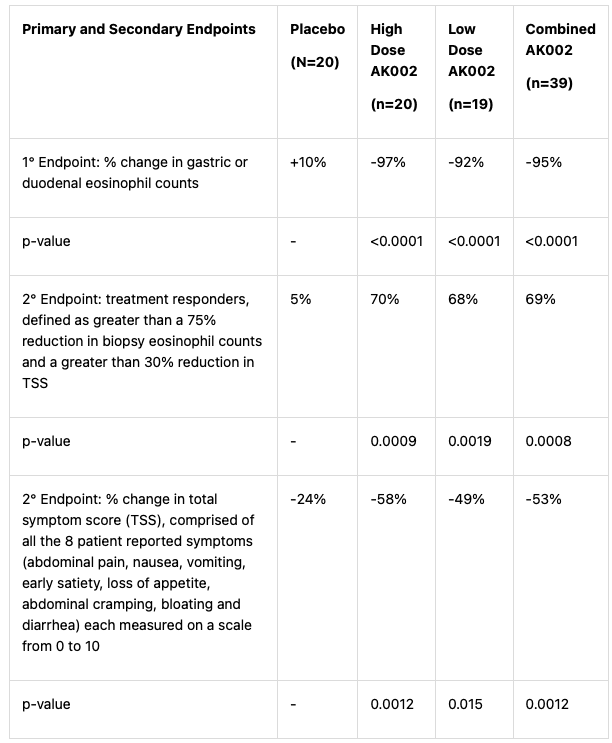 ALLK today has a market cap of $4.18bn and a cash reserve of $615mn. From their latest earnings release:

If those numbers keep steady, they have cash for more than 10 quarters at current rates.

ALLK is trading near its 52-week lows. It does have a daunting market cap right now for a clinical stage company. However, there now seems to be an adequate reason for that since it is targeting a pretty large market with no approved therapies. At these prices, the stock looks interesting.

Our Android app and website feature a set of tools for DIY investors, including a work-in-progress software where you can enter any ticker and get extensive curated research material.