When last covering the thermal coal-reliant Natural Resource Partners (NYSE:NRP), it seemed that their distributions were living on borrowed time with everything moving in the wrong direction, as my previous article discussed. Whilst it seemed to be a foregone conclusion earlier in 2021, they have seen good fortunes coming to the rescue and thus this article provides a refreshed follow-up given that these risks have largely subsided.

Since many readers are likely short on time, the table below provides a very brief executive summary and ratings for the primary criteria that were assessed. This Google Document provides a list of all my equivalent ratings as well as more information regarding my rating system. The following section provides a detailed analysis for those readers who are wishing to dig deeper into their situation. 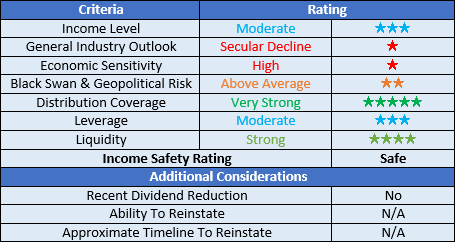 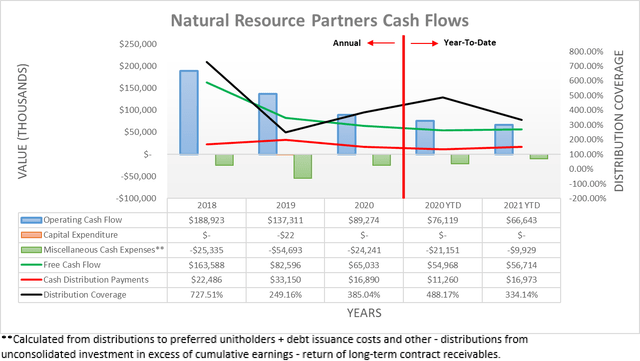 Instead of simply assessing distribution coverage through distributable cash flow, I prefer to utilize free cash flow since it provides the toughest criteria and best captures the true impact on their financial position. The main difference between the two is that the former ignores the capital expenditure that relates to growth projects, which given the very high capital intensity of their industry can create a material difference.

The third quarter of 2021 has marked a massive change following their disappointing cash flow performance throughout the downturn of 2020 and the first half of 2021. Whilst their operating cash flow for the first nine months of 2021 is still down 12.45% year-on-year to $66.6m versus the $76.1m they generated during the first nine months of 2020, this is masking a massive underlying improvement.

Their results from 2020 were boosted by a large working capital draw whilst their results from 2021 were hindered by a modest working capital build, thereby moving in opposite directions and temporarily skewing their results. If these are removed, their underlying operating cash flow for the first nine months of 2021 was $71.4m and thus represents a very impressive 25% year-on-year increase versus their equivalent result of $57.1m during 2020.

This marks a massive improvement versus the first half of 2021 where their equivalent underlying operating cash flow was down 14.17% year-on-year. When drilling down into their third quarter of 2021 results in isolation, this massive improvement was driven by their underlying operating cash flow surging a staggering massive 188.88% year-on-year to $31.8m from their equivalent result of $11m during 2020. Despite essentially coming down to nothing more than unexpected good fortunes from the current very strong coal market, it still has far-ranging implications for their previously problematic financial position. 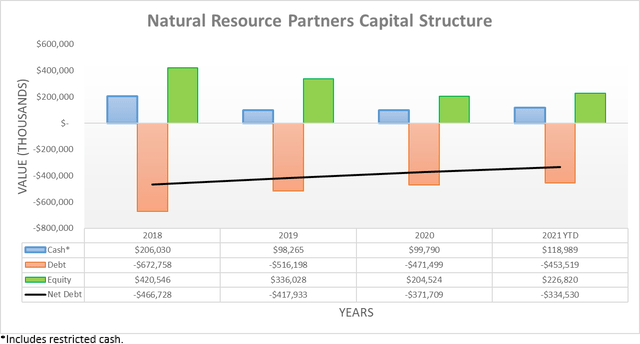 Thanks to their cash flow performance recovering during the third quarter of 2021, it helped their cash balance increase and now sits at $119m, which represents a very impressive increase of 21.53% since only the end of the second quarter when it was $97.9m. Even though their debt has remained unchanged at $453.5m throughout the third quarter of 2021, their critically important leverage ratio has still plunged significantly lower, as per the quote included below.

Whilst it was expected in my previous analysis their leverage ratio would improve during the third quarter of 2021 thanks to higher coal prices, the sheer magnitude of the improvement is simply stunning. Thankfully this now leaves it only a whisker above the 3.75 threshold required to see their distributions continue into 2022, as per the commentary from management included below.

"However, as a result of the strong coal and soda ash pricing expected in the fourth quarter and the forest carbon offset transaction Craig noted earlier, we expect our leverage ratio to fall below the 3.75x threshold by December 31 of this year. If this occurs, we plan to redeem the outstanding paid in-kind preferred units and continue to pay cash distributions to our common unitholders"

When conducting the previous analysis earlier in 2021 it appeared to be a foregone conclusion that their leverage ratio would remain above 3.75 and thus both of their common and preferred distributions would be completely suspended. Since their unpaid preferred distributions accrue at 12% per annum, it would have seen them grow rapidly and risk becoming insurmountable if the recovery were to have taken several years. Thankfully this has not eventuated and given the currently very strong coal market, management expects to end 2021 with their leverage ratio under 3.75, which is very realistic given the closeness of their latest result and thus their distributions now appear safe. If any new readers are interested in more details regarding these obscure terms, please refer to my previously linked article.

The commentary from management included above also mentioned that the fourth quarter of 2021 would see a boost from their forest carbon offset transaction, which sees them receive $13.8m to sequester 1 million metric tons of carbon dioxide in their forest. Whilst this program could stand to boost their earnings, even during their recent conference call they admit that "the timing and likelihood of cash flows being realized from any of these activities is highly uncertain".

It should be remembered that even if these potential cash flows were more certain, they would only offset the long-term erosion that their earnings face as the world moves away from fossil fuels. Even though they advertise themselves as a "diversified natural resources company", their own website then essentially admits that they are heavily reliant upon thermal coal given that only 27% of their reserves are metallurgical coal, thereby meaning that the remaining 73% relate to heavy polluting thermal coal, which is generally considered to be like a melting ice cube. 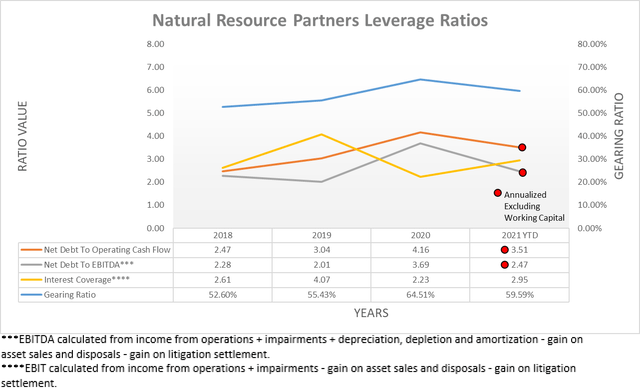 Following their stunningly strong recovery during the third quarter of 2021 and its resulting impact on their financial metrics, it has seen their broader leverage decrease in tandem. This has seen their net debt-to-operating cash flow drop down to only 2.47, which is a sizable improvement since as recently as the end of the second quarter of 2021 when its previous result was 3.10. Since this now sits comfortably within the moderate territory of between 2.01 and 3.50, it now seems reasonable to judge their leverage as moderate, especially since they should continue repaying debt and thus deleverage during 2022.

Their increasing cash balance has seen their liquidity remain strong with respective current and cash ratios of 2.15 and 1.78. Although these will decrease in the coming quarters once they make good on their unpaid preferred distributions but considering their now stronger financial performance, it should not cause any issues. If interested in further details regarding their liquidity, such as their debt maturity profile, please refer to my other previous article since it remains unchanged. 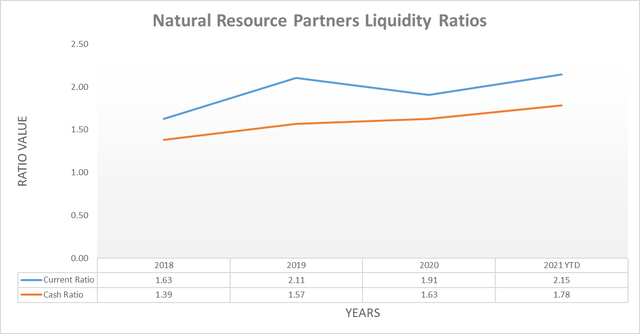 Thankfully the good fortunes of soaring coal prices averted what appeared to be a disastrous future that saw their distributions completely suspended and crippled by their also completely suspended preferred distributions that would accrue and compound. I now believe that upgrading my rating to neutral from bearish is appropriate but at the same time, I personally still see little appeal in their large exposure to thermal coal that is like to a melting ice cube.

Notes: Unless specified otherwise, all figures in this article were taken from Natural Resource Partners' SEC filings, all calculated figures were performed by the author.

Daniel Thurecht
9.48K Followers
My analysis primarily focuses on income investments with a preference for those sporting high and very high yields.  Whilst this space often contains value traps, it also contains very desirable deep value opportunities that have the potential to generate significant alpha for investors, which I aim to highlight through careful fundamental analysis.  Apart from my extensive personal investment experience that spans over a decade, I have also obtained a Bachelor degree majoring in Finance, minoring in Accounting with Honours IIA.
Follow