AT&T Inc. (NYSE:T) was once a favorite of income investors. Its generous dividend saw a one cent per quarter rise each year. This generous dividend was supported by the company's telecom business. Like clockwork, it generated plenty of cash to pay the dividend.

Not satisfied with this solid and predictable performance, management sought to expand into other areas in an attempt to generate lots of growth. This resulted in ill-timed purchases of a satellite TV network (DirecTV) and content provider Time Warner.

For a time, the strong performance of AT&T's core operations held up the increasingly complex conglomerate. Investors and Wall Street frequently criticized AT&T for its "empire building".

In the end, AT&T spun off those acquisitions. Selling the bulk of the satellite operations and spinning off most of Time Warner's assets to merge with Discovery. AT&T has returned to its telecom roots, and significantly simplified its business.

The current price makes for an attractive entry as long as the operations continue to generate the massive cash flows that will support a generous dividend. Let's look at the most recent earnings report and see.

On July 21, AT&T issued its earnings report for the latest quarter. Non-GAAP EPS of $0.65 beat expectations by 3 cents. Revenue also beat expectations by $130 million coming in at $29.6 billion. On a standalone basis, EPS was up a penny from last year to 65 cents and revenue grew 2.2%. This is the kind of performance we used to see but that ended up getting buried by all the flashy purchases of the past. Even better, AT&T had the best quarter for subscriber growth that it has experienced in 10 years. (Source: AT&T Q2 Report)

Compare that to the very lackluster growth at Verizon (VZ), with only 12 thousand "adds." It is clear that AT&T hit it out of the park on subscriber growth. In addition, VZ had flat revenue and missed expectations on EPS by a penny.

The Mobility sector is where the future lies for AT&T, and we can see that AT&T had good results here too. While mobile revenue was up 5.2%, margins remained strong. And the low churn rate on post-paid phones means that customers are sticking around. This is important because as the economy slows it will become harder to hold on to customers without dropping prices. Keeping a larger share of customers now can help with maintaining prices as completion increases and customers are looking to save money. Plus, with fewer customers leaving, more of the new customers add to the total customer base rather than offsetting losses.

The telecom industry isn't supposed to be particularly exciting, it is a low-growth sector. What we want are big cash flows that will support a generous dividend with minimal volatility. Cell phones, particularly smartphones, have become essential. People will go to extraordinary measures to maintain their phone service. Even at $14 billion, FCF is the large cash flow that will support the current dividend with lots of dollars to spare.

We can see a big drop in share price after the earnings report was released. AT&T is still outperforming the market indexes year-to-date, but gave up a lot of its gains.

The price drop is due to four factors.

The first factor is that FCF (Free Cash Flow) projections for the year dropped from $16 billion to $14 billion. While there is some cause for concern, this doesn't represent a threat to the dividend. With the dividend totaling just under $8 billion, the reduced FCF number still leaves some $6 billion of room. Also, it is important to remember that AT&T front-loaded its CapEx spending. So this will lower FCF in the first half of the year while boosting it in the 2nd half, and that 2nd half boost in FCF will not only come from decreased CapEx spending but also from growth driven by the earlier CapEx spending.

A potentially bigger concern given all the news about inflation is that a large part of the reduction in FCF has been that AT&T's costs have gone up. Despite a second 75 basis point increase in interest rates by the Fed, the inflation beast has not been completely tamed yet, so costs may continue to increase. But $8 billion excess FCF still leaves a lot of room for cost increases as well. While this is a headwind in the short term, pricing also increases due to inflation so eventually, the inflated costs will be offset. We just have to get past the lag between cost increases and the resultant price increases.

The third factor depressing the share price after the earnings report was that customers are taking longer to pay their bills. This works out to customers taking an extra two days to pay their bills. As consumers find their budgets getting tighter, they become more likely to wait until the last minute to pay. This impacts the financials by forcing AT&T to have higher levels of working capital. AT&T is large enough that this does amount to a large number of dollars.

Finally, peers like Verizon came out with disappointing results, reinforcing a negative view on the entire sector.

This can't be said too often. The time to start buying is when market sentiment is pushing the price down but company performance is improving. And AT&T is improving its performance. Q2 was a very good quarter even with the small reduction in FCF. Just compare it to the performance of Verizon.

AT&T has always executed well on its basic vanilla telecom operations, and it continues to do so now. While this business isn't glamorous, it does generate lots of FCF which can pay an attractive dividend. We are happy to see AT&T return to its core competency and forget about expanding into businesses that might not be able to support a dividend at all. This is something investors should be excited about.

Q2 was a good quarter, it was even better when compared to the performance of its competitor Verizon. The dip in price raises the yield to an attractive level. The market's overreaction to a small drop in FCF, which doesn't threaten the dividend, has made for a good point to reenter an investment in T. With a yield of 6.1%, this dip is a great time to get into AT&T as it returns to its roots as a cash cow.

If you want full access to our Model Portfolio and our current Top Picks, join us for a 2-week free trial at High Dividend Opportunities (*Free trial only valid for first-time subscribers).

We are the largest income investor and retiree community on Seeking Alpha with over 6000 members actively working together to make amazing retirements happen. With over 40 individual picks yielding +8%, you can supercharge your retirement portfolio right away.

We are offering a limited-time sale get 28% off your first year! 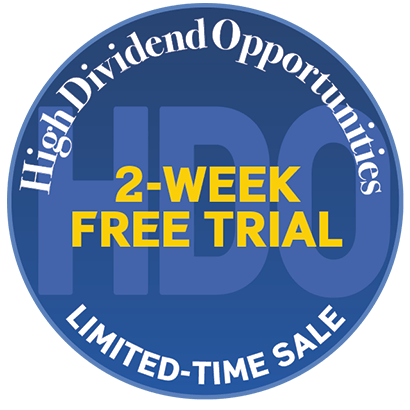 Disclosure: I/we have a beneficial long position in the shares of T either through stock ownership, options, or other derivatives. I wrote this article myself, and it expresses my own opinions. I am not receiving compensation for it (other than from Seeking Alpha). I have no business relationship with any company whose stock is mentioned in this article.

Additional disclosure: Treading Softly, Beyond Saving, PendragonY, Preferred Stock Trader, and Hidden Opportunities all are supporting contributors for High Dividend Opportunities.
Any recommendation posted in this article is not indefinite. We closely monitor all of our positions. We issue Buy and Sell alerts on our recommendations, which are exclusive to our members.