Currently, the United States generates about 4% of its electricity from solar panels. By 2035, the U.S. government would like that share to reach 40%.

Is that goal feasible? Some doubt that it is. But the recently passed "Inflation Reduction Act" will give the country a huge boost toward achieving it.

Most of the spending in the bill is slated to go toward funding various clean energy measures all across the green supply chain.

The IRA allocates a total of about $370 billion toward clean energy tax credits for the installation of renewable energy facilities (i.e., wind and solar), domestic solar panel and wind turbine manufacturing, and electric vehicles.

There is also an extra 10% tax credit incentive for using a certain threshold of domestic input products in the production of renewables, although it will take years for companies to reach that threshold because of the paucity of green energy input products that are made in the United States.

Notice that the bill allocates $43 billion in tax credits toward boosting the manufacturing of clean energy facilities in the U.S. This provision is having a huge effect on American industry, pushing solar manufacturers to invest heavily in expanded production capacity.

Just take a look at a smattering of headlines from the last few months, with this first headline referring to Enphase Energy (ENPH):

Take a look at these recent headlines:

Clearly, the IRA's tax credits are having their intended effect!

However, there is a downside to shifting renewable energy technology manufacturing away from the lowest-cost producer of China, which currently produces about 90% of the products in the world's supply chain of PV panels.

According to a recent study published in Nature (see here), manufacturing renewable energy products domestically will become more expensive for almost everyone around the world if the three major demand drivers - the US, China, and Germany - take a "strictly nationalistic" policy stance. If these countries try to cut off international trade flows for this industry, the cost of renewables could rise 20-25% higher than they would otherwise be.

Likewise, between 2008 and 2020, the study asserts that solar panels would have been more than twice as expensive if not for cheap imported materials, primarily from China.

The study argues that the only way developed countries will be able to meet their stated climate goals will be to rely on a globalized supply chain for renewable energy parts. Trade barriers and tariffs would not only cause prices to rise but also create bottlenecks in critical materials and precursor parts that Western nations will need for their own manufacturing industries to function.

That said, there certainly seems to be an argument to be made for accepting higher costs in exchange for lessening reliance on a single foreign nation, especially when relations with that nation could plausibly turn sharply negative at any time. Europe seems to be learning that lesson right now in relation to its reliance on Russia for natural gas prior to the invasion of Ukraine.

In any case, the IRA is undoubtedly going to jumpstart a massive wave of increased domestic renewable technology manufacturing capacity in the U.S. The Solar Energy Industries Association attests that it will increase US production capacity of solar products by 50 gigawatts.

What companies will be some of the biggest beneficiaries of this burgeoning domestication of clean energy supply chains? We highlight two of them, each dividend payer with a long track record of dividend growth.

Brookfield Renewable Partners L.P. is a global leader in renewable energy production with $70 billion in assets under management around the globe. Its currently operational clean energy portfolio (~23 GW) prevents carbon emissions equivalent to the annual emissions of the City of London, and its development pipeline (~100 GW) would prevent emissions equivalent to what's produced annually by Switzerland.

While BEP is primarily focused on the U.S. (where most of its development pipeline is concentrated), thereby giving it access to the benefits of IRA tax credits, it is the most globally diversified of its renewable power producer peers:

And speaking of diversification, BEP also boasts a heavily diversified portfolio of green energy assets, anchored by a 47% exposure to its legacy hydroelectric dams that provide steady and dispatchable power.

One of the most impressive aspects of BEP, and a sign of its industry leader status, has been its ability to massively increase its development pipeline in recent years as governments and corporations turn to it to meet their ever-greater need for renewable power.

This makes BEP well-prepared to further ramp up its funds from operations ("FFO") per unit growth from its historical average of 10% to potentially higher rates of growth.

It also puts the company on track to continue its 22-year dividend growth streak by raising its 4.4%-yielding dividend at its target annual rate of 5-9%. This should be plenty to earn double-digit total annual returns in the long run.

Matthews International Corporation might seem like an odd stock to highlight as a beneficiary of the Inflation Reduction Act. After all, the legacy business, Matthews Memorialization, which still generates the bulk of the revenue, is in the funeral industry. It sells grave headstones, caskets, and cremation machinery.

The second largest generator of revenue does product branding for various consumer products.

So, what does MATW have to do with clean energy? Bear with me.

MATW's third-largest revenue generator is a business segment called Matthews Industrial Technologies, which produces, among other things, cutting edge machines for the manufacturing of lithium-ion batteries using the dry electrode process. This is a newly developed process by which lithium can be produced with fewer steps and at a lower overall cost.

This patented technology has the potential to reduce the cost of production and accelerate mass market adoption of fuels cells for a variety of end-use markets, including the electric vehicle market.

Though Bartolacci highlights the electric vehicle ("EV") market as end users of their battery production machines, they are also capable of churning out batteries for stationary use, such as for utility-scale battery storage sites connected to the electrical grid.

These products are mainly offered by MATW's subsidiary company, Saueressig Engineering and Energy, which makes their machinery and equipment at facilities in Burlington, North Carolina and San Antonio, Texas. The company plans to expand this Texas facility in the near future, including for auxiliary R&D use.

In August, MATW expanded its market position in this area through the $45 million acquisition of two other German energy engineering firms, OLBRICH and R+S Automotive, which specialize in the production of lithium and hydrogen fuel cell batteries.

...but thanks to fast-growing business lines like "Energy Solutions" (battery production equipment), this segment should increase its share of MATW's overall business over time.

As you can see below, this newer industry for MATW represents the fastest growing part of its business. Energy Solutions revenue doubled from fiscal 2020 to fiscal 2021 and is expected to double again in the next year.

But that was before the IRA began to take effect. Now that U.S. manufacturing of battery technology is taking off, MATW's Energy Solutions business should be even more swamped with demand.

I believe that management will be able to continue leveraging their existing assets and technologies to generate strong growth going forward, based on their multi-decade track record of cash flow growth.

Though OCF (operating cash flow) and FCF (free cash flow) may not go up every year, the upward trend over time is clear.

While sales should remain steady in MATW's funeral products and branding segments, its Industrial Technologies segment should lead the way in a new phase of growth for the company, led largely by its state-of-the-art battery manufacturing equipment.

If EVs benefit from the Inflation Reduction Act (and they do), then MATW will benefit as well.

There are a few obvious companies that will benefit from the hundreds of billions of dollars of tax credits to be doled out by the IRA bill. You might think of U.S. solar developers like First Solar (FSLR) and Sunrun (RUN), or battery makers like Plug Power (PLUG).

But to find dividend-paying companies that will benefit from it, you need only look one layer deeper than these obvious names.

Though solar panel manufacturers will benefit, so also will the utility-scale solar owner/developers like BEP whose business model is to sell renewable-generated power to governments, corporations, and utilities.

Likewise, though battery designer-developers will benefit, so also will the companies like MATW that make the machinery required to churn out lithium batteries at scale in the U.S.

At High Yield Investor, we spend thousands of hours and over $100,000 a year finding the most promising opportunities and you can get access to all of them for free with our 2-week free trial! We are the fastest-growing high yield-seeking investment service on Seeking Alpha with 1,000+ members on board and a perfect 5-star rating!

You will get instant access to all our Top Picks, 2 Model Portfolios, Course to High Yield investing, Tracking tools, and much more. 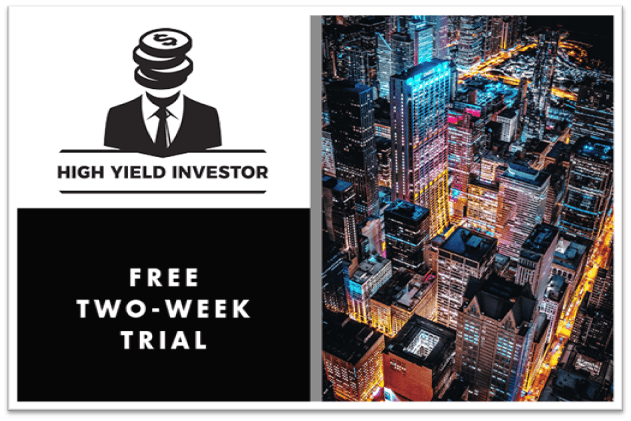 High Yield Investor
11.52K Followers
Author of High Yield Investor
Become a “High Yield Investor” with our 8% Yielding Portfolio.
High Yield Investor is a leading community of income investors that is supported by Leonberg Capital, a high yield specialist with over 2,500 clients, including hedge funds, private equity firms, family offices, and high net worth individuals. We spend 1000s of hours and over $100,000 per year researching the market and share the results with you at a tiny fraction of the cost. Joining our community will help you identify the most profitable opportunities BEFORE the end of the pandemic changes the entire dividend stock landscape and allow you to earn a sustainable 6-8% dividend yield that grows over time. Click here to learn more!

Disclosure: I/we have a beneficial long position in the shares of BEP either through stock ownership, options, or other derivatives. I wrote this article myself, and it expresses my own opinions. I am not receiving compensation for it (other than from Seeking Alpha). I have no business relationship with any company whose stock is mentioned in this article.